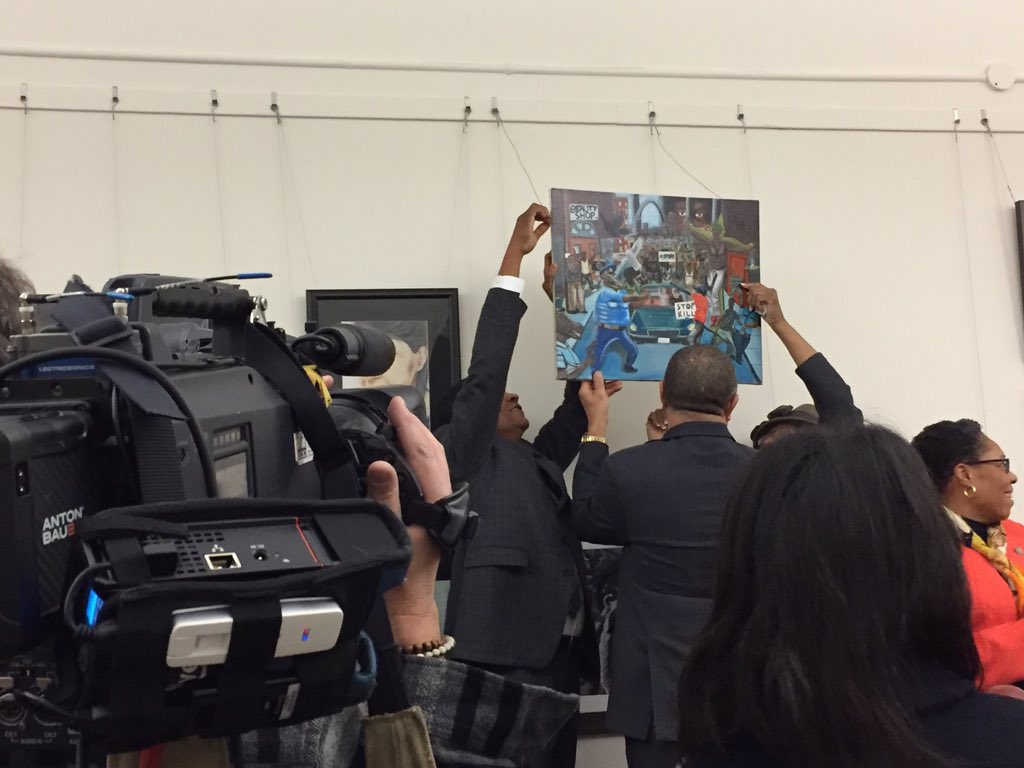 Since the beginning of the 115th Congress, an immense controversy has brewed in the halls of the Capitol. No, it isn’t healthcare reform, or the budget. This is about something far more important…art. More specifically, a piece of anti-police art that has hung in a corridor under the Capitol building. This piece has become yet another partisan flashpoint in a seemingly endless stream of partisan flashpoints.

The painting hangs in the hallway because of a nationwide art contest. In this contest, high school students submitted their work to local judges in their congressional district. These judges eventually chose a winner and that winner’s artwork is now hanging, and sometimes not hanging in the Capitol.

The controversy began when Rep. Duncan Hunter (R-CA) took down the controversial painting. Hunter then personally delivered it to the representative of Missouri’s First District, Rep. Lacy Clay (D-MO). Soon after, Clay returned the painting to its original space. This began a tit-for-tat exchange that would grow exponentially. It now involves the the Congressional Black Caucus (CBC) and House leadership debating the paintings place in the halls of the Capitol.

Clay and the CBC have claimed that the efforts of Hunter and other Republicans to remove the painting is form of censorship. Clay stated, “It’s not about defending an art contest. It’s about defending the Constitution”. There is, however, one problem with this argument. Freedom of speech means you have the right express your beliefs as you please, without fear of punishment from government. It does not mean the government must allow your speech to hang in the Capitol building.

Artwork must adhere to the policy of the House Office Building Commission. In accordance with this policy, exhibits depicting subjects of contemporary political controversy or a sensationalistic or gruesome nature are not allowed.

According to the Hill, House Speaker Paul Ryan (R-WI) is looking into removing the painting. Which appears to be likely, based on the reading of the contest rules. This leads one to wonder though, how this piece was hung at all. There are few, if any, other blatantly controversial pieces that were chosen in the competition.