People on the left, right and center are constantly criticizing Donald Trump for his juvenile comments and behavior—and rightly so. The president’s inclination toward hurling insults at others is malicious and needlessly divisive.

Underlying the criticisms of the president’s words is an important principle that should be widely shared: treat everyone with dignity. The political class generally adheres to this ethic in the realm of rhetoric. While there are exceptions, they put an emphasis on civility, or at the very least, they pay lip service to it.

Their calculations change, however, when matters turn to government power. When debating policy, civility and respect for the individual plummets in importance. Abortion is one of the starkest examples.

After he suspended his campaign, a local editorial recently praised Mayor Pete Buttigieg for his campaign of civility. I find this incredible given the mayor’s position on allowing abortion up until birth. One is hard-pressed to find anything less civilized than abortion on demand.

This type of cognitive dissonance is par for the course. The political class gives a pass to people for holding to certain cruel and inhumane views, especially if the person acts “presidential” while defending such views.

Another phrase often thrown around is “acting below the dignity of the office.” In the context of the point I discussed above, this phrase is even more absurd. While words do have the power to harm others, many of the grade school level insults used by the president don’t rise nearly to the harm done by some of this country’s worst moral outrages like abortion and endless war.

I imagine this double standard on civility is an effort to protect the legitimacy of the state. If people act civilly while in office, that lends a certain credibility to the presidency and other government positions. Of course, there is an objective standard of morality that cannot be ignored even if the president or any other elected official isn’t being mean during his time in office.

Libertarians and other limited government types should do a better job highlighting the prevailing double standard on civility that is, to put it bluntly, a cancer on our politics. However, I would argue restoring civility alone—both in word and deed—doesn’t go far enough. I subscribe to Arthur Brooks’ point of view that aiming for civility itself is a garbage standard.

We should aim for something higher—love, defined as willing the good of the other. As libertarians, we believe people should be treated with respect because they have certain God-given (or inherent) inalienable rights. That’s fair as far as it goes, but such an idea only prescribes a moral code limited to what we should not do to others—namely, don’t initiate aggression against a person or their property.

Libertarians should will the good of others, not only by defending the non-aggression axiom but also by treating people with respect in conversation and debate and promoting choices that lead to human flourishing.

Frankly, this is an approach everyone should consider living out, including those working in government. If the political class were really concerned with upholding civility and dignity, they would prioritize love over power.

And maybe then we could respect the office of the president. 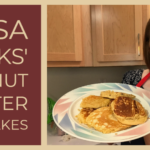 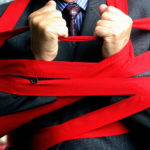