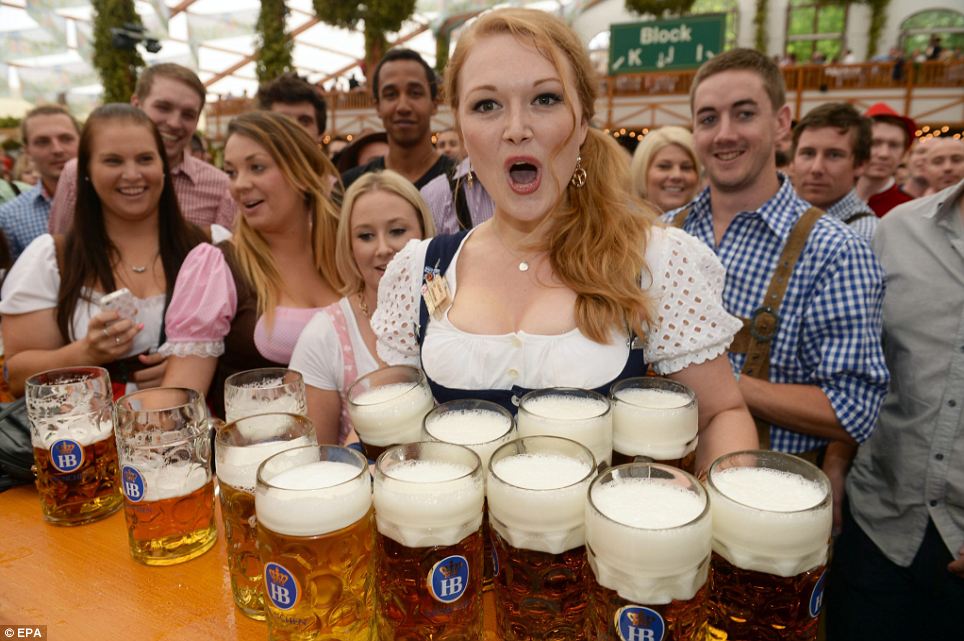 A beer festival centered in Glasgow, Scotland must find a new venue after the supervisory council refused to issue them a liquor license for the event. The drinking showcase was scheduled to take place in Blythswood Square between October 19 and 23. The licensing officers sided with Police Scotland, saying the Oktoberfest festival posed a risk to public safety.

The reasoning included a number of “major failings” at the 2015 festival including lack of security, widespread intoxication, and outbreaks of violence. According to Herald Scotland, there were 7 people arrested, 25 ejected from the 2015 event and two public order vans called to control “growing disturbances.”

The police also raised concerns about an application to permit children inside the beer tent, with police saying their safety could not be guaranteed given “the level of drunkenness previously demonstrated.” Posting on Glasgow Oktoberfest‘s website, the hosts of the event stated “The venue for Glasgow Oktoberfest 2016 is going to be announced within the next days! We are still working on to find the most suitable venue!”

Libertarians often sneer at the idea of liquor licenses, which are also pervasive throughout American culture. Ideally, private businesses (and venues) could offer to host events and offer refreshments as they wish. However, they would also be accountable for what happens on their property. Conversely, in this situation, a central governing body is placed in charge of making that unilateral decision on its own.