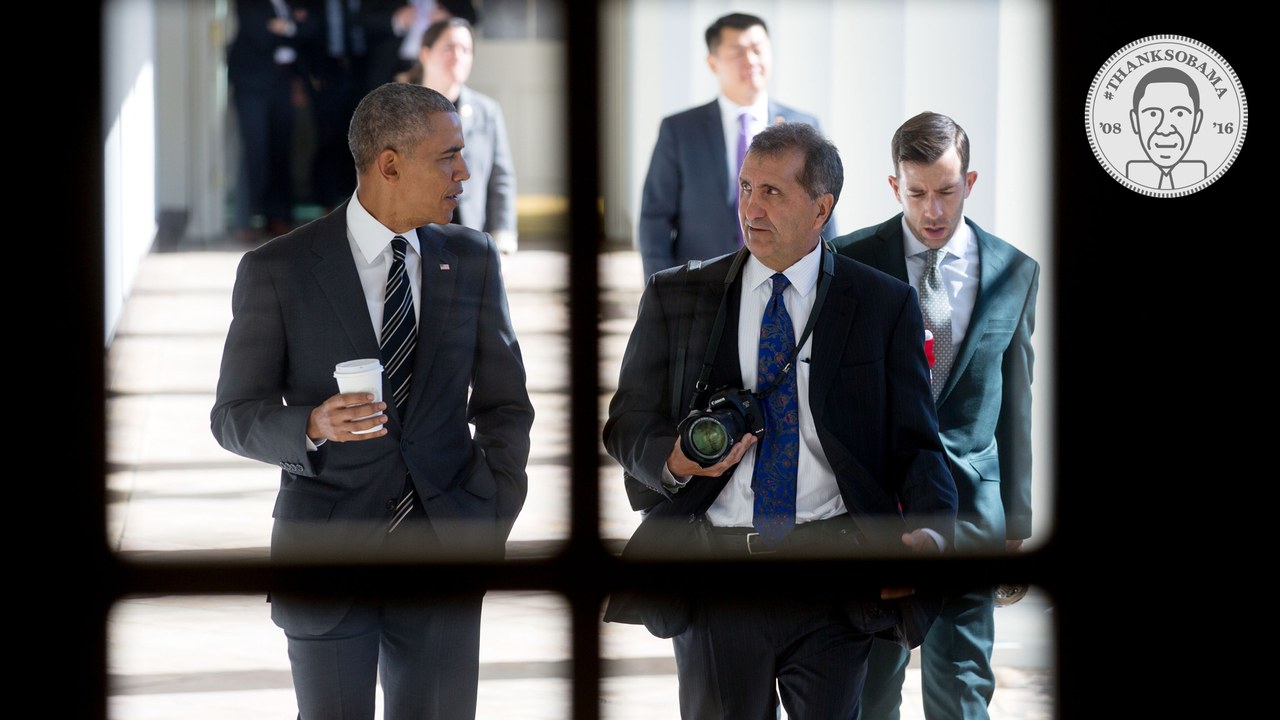 The former Chief Official White House Photographer from the Obama administration has taken up a new hobby, and a new way to cast shade on the Trump administration, without ever saying the new President’s name.

Pete Souza, for the past few months, has utilized social media, specifically Instagram, to criticize President Donald Trump and his administration’s work without actually attacking either directly, says Politico.

Souza has used his personal Instagram account to post photos from the Obama administration that seem, or he admits are, deliberately timed to a make a point about whatever Trump story has overtaken the news cycle. From pointed commentary on Trump’s strained relationships with foreign leaders to the new president’s trouble adjusting to the White House light switches, he has no issues getting his view across.

HERE ARE SOME OF HIS POSTS:

Chancellor Angela Merkel talks with President Obama at the G7 Summit in Germany in 2015. Yesterday I received an unexpected package in the mail: a print of me taking photos at this summit, signed by Chancellor Merkel.

Glad he only tweeted out facts with his device.

Before voting on the Affordable Care Act in 2010, President Obama met with many members of Congress on both sides of the aisle over the course of many months. This picture was taken at the end of a multiple hours-long meeting with the entire Republican House caucus in which he responded to dozens of questions and critiques. It was carried live on cable TV.

Meeting on Syria in the Situation Room with his national security team. 2013.