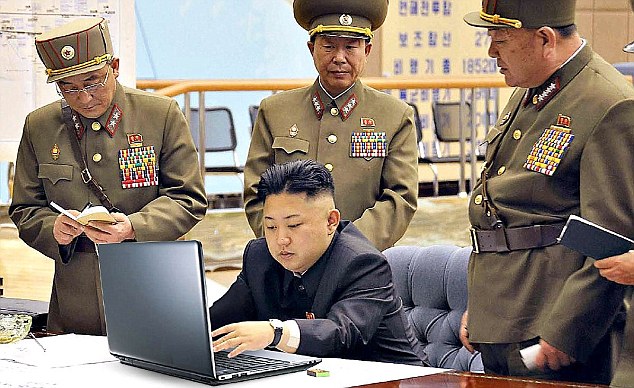 The South Korean defense ministry discovered that malware believed to be of North Korean origin had infected thousands of computers inside the military’s cyber command, including the defense minister’s computer. The malware reportedly compromised the Defense Integrated Data Center, where South Korea’s defense information is stored. The defense ministry initially reported that the hackers accessed “some military information, including sensitive information;” however, officials tried to downplay the hack, claiming the impact was limited.

It appears the North may have made off with critical operations plans for an war against North Korea. OPLAN 5027 was first drafted in 1978, and the plan was updated regularly to address changes in North Korean capabilities and warfare.

A new plan, OPLAN 5015, was put into place in 2015. While the specifics for OPLAN 5015 are classified, the plan is believed to consolidate previous contingency plans, specifically OPLAN 5029 (internal instability in North Korea), OPLAN 5027 (preparations for an all-out war), and a peacetime plan involving localized provocations from North Korea. OPLAN 5015 is suspected to call for preemptive strikes on the North’s essential military facilities and weapons, and possibly North Korean leadership. As the original OPLAN 5027 is still a component of the new plan, the breach may be very serious.

“Discussions are still in place” over how the military should respond to the hack, the Chosun Ilbo reports. Officials are considering whether an overhaul is necessary.

While it is disconcerting that the North may have seen classified war plans, far more troubling is the reality that North Korea may continue to use various asymmetric warfare tactics, such as cyber warfare, to weaken allied defenses. Cyber warfare, which is highly effective, is relatively inexpensive, and the risk is low.

Someone Designed A $15 Kit That Completely Drains ATMs Of Cash