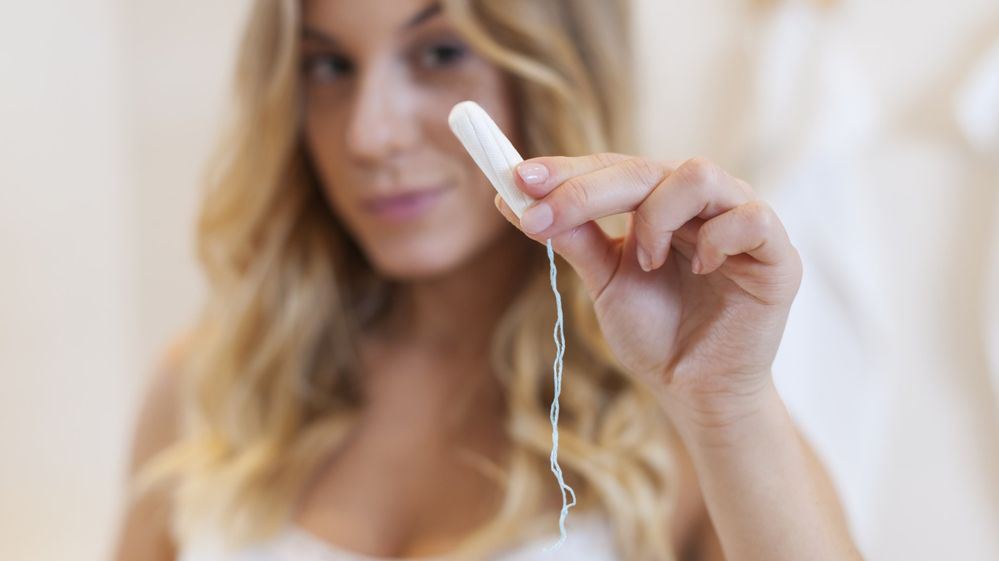 Canadian women are rejoicing “No taxation with menstruation!”

As of July 1 this year in Canada, feminine hygiene products will no longer have a federal goods and services tax.

Three months ago, the No Tax on Tampons campaign was launched and sponsored by the New Democratic Party (NDP) of Canada. Since then, the campaign picked up support among young female activists. If you can even use that term in such a context:

“Finally, the government has listened to reason and put an end to this injustice. That is a victory for all women,” said Irene Mathyssen, NDP Member of Parliament. The NDP said the tax “unfairly penalizes women, transgender and other people with periods.”

Just a thought: what “other people” have periods?

During its time on the floor, the Tampon Tax Bill was unsupported by Canada’s Liberal Party 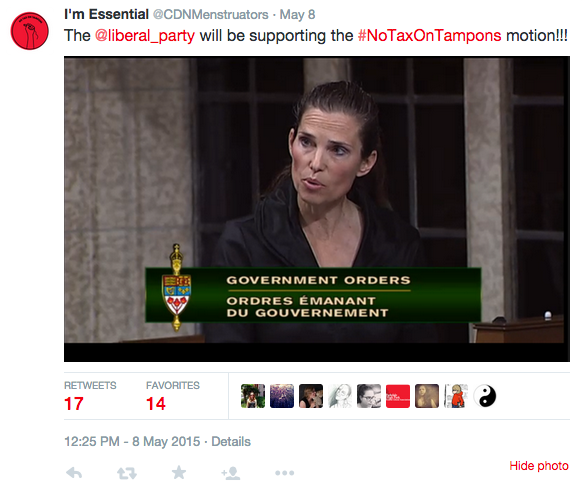 Removing the tax is estimated to cost the government around $36 million. So of course the liberals would oppose such a motion; without the tax, where will they get all their money for the roads?! But Canada’s tax code is sorta weird to begin with. Some other tax-exempt items are:

The gov’t thought it was important to make Chipits tax-free but not tampons? http://t.co/io4fYGIz4E #NoTaxOnTampons pic.twitter.com/7qDFNVi2bX — I’m Essential (@CDNMenstruators) April 26, 2015

Sounds like I need to go to Canada during that time of month and learn to play the saxophone with a prosthetic arm.