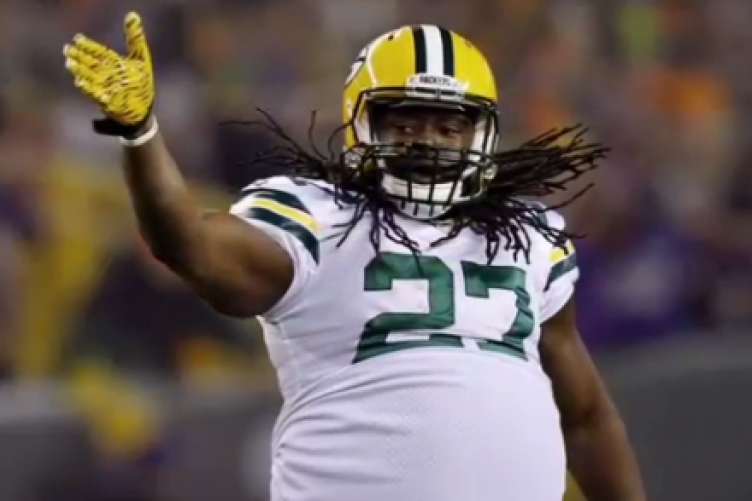 Atlanta Falcons defensive tackle Dontari Poe could also benefit from losing weight. He could receive $125,000 if he steps on the scale Tuesday and weighs 340 pounds or less. This would be the first of four weigh-ins.

“He just told me he wanted me to come in and play fast and be aggressive,” Poe said.

As for players that have already weighed-in, the Seahawks wanted Lacy to weigh 250 pounds or less by Monday. According to a tweet by SportsTrusts Advisors, the firm that represents Lacy, the weight incentive was achieved.

This is not the first incentive Lacy has received related to weight. Lacy has already cashed in $55,000 for dropping his weight from 267 pounds to less than 255 pounds on May 15. The recent 250 pound requirement is just the second weigh-in of seven with an incentive attached to it as a part of Lacy’s one-year deal with the Seahawks where he can earn a total of $385,000.

Lacy has had a reputation for being overweight in the NFL. Green Bay Packers head coach Mike McCarthy said Lacy had “a lot of work to do” when Lacy was a Packer in 2015. He managed to get his weight down, but after a recent ankle injury he gained it all back.

“Challenges,” Lacy said when the clauses were initially mentioned. “As a competitor, you want to be challenged. At the end of the day, it helps me, personally, too, so why not?”

Lacy is relying on P90X and the lack of “good” food to achieve this feat. He said, “I’m from Louisiana. I like good food. Gotta change it.”

Eddie Lacy’s weight clauses require him to maintain a weight of 245 pounds or less throughout the upcoming NFL season. His next weigh-in is in August.

As for Byron Bell, ESPN’s Todd Archer says Bell earned his bonus for weighing 320 pounds after previously weighing 340 pounds. Similar to Poe and Lacy, Bell can earn more if he meets a required weight by training camp and the regular season. If successful, Bell can net another $300,000.

Bell’s efforts are a part of his rehab for recovering from a dislocated ankle he endured during OTA’s with the Tennessee Titans in 2016.

Lacy, Bell, and Poe are all about to enter their first season with their respective teams. Training camps start mid-July.