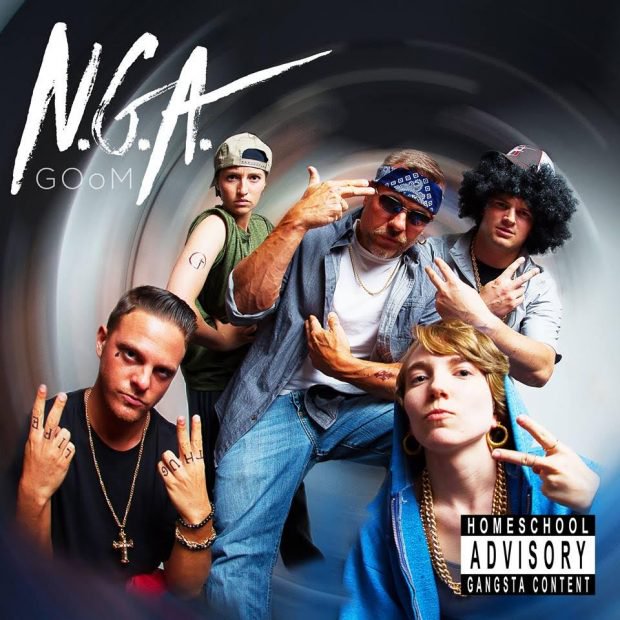 Administrators at a Christian college in Indiana fired an employee and former student body president after he posed for a mock rap album cover, alleging that the picture was “racially insensitive,” even after one administrator “liked” the cover on Facebook.

Grace College & Seminary fired Evan Kilgore from his position as special projects coordinator of the school marketing department after he posed for a mock rap album cover, according to documents and an audio recording obtained by The Daily Caller News Foundation.

Kilgore provided this screenshot of the album cover to TheDCNF: 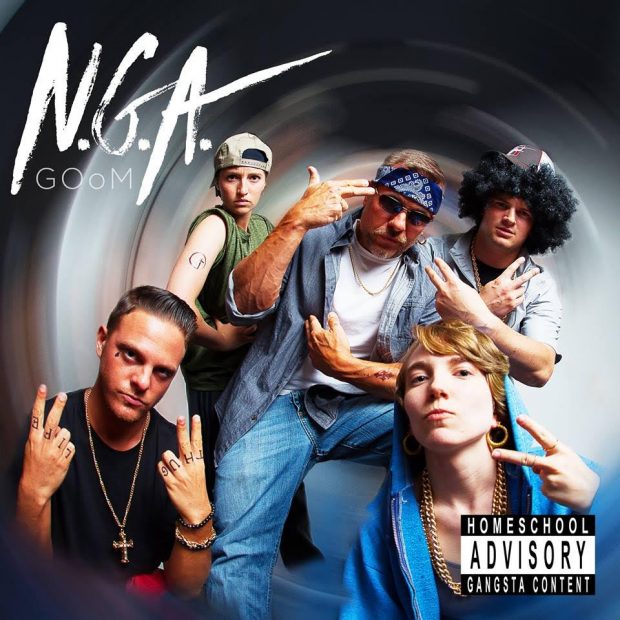 Kilgore, bottom-left, poses with four other employees of the Grace College & Seminary marketing department for a mock rap album “Not Grace Appropriate” — an expression used by students at the college — by the Grace Office of Marketing (Photo Credit: Evan Kilgore)

Aaron Crabtree, dean of students at Grace College, liked the photo that resulted in Kilgore’s termination, as seen in a screenshot of the post obtained by TheDCNF. Crabtree later apologized for liking the photo, according to Kilgore.

After the deletion of the original post, which had been uploaded to a Grace College employee’s Facebook page, the picture was again uploaded to and deleted from another user’s Facebook page. The picture generated a lot of comments, with at least one person speculating that “NGA,” which Kilgore said stood for “Not Grace Appropriate,” could suggest the n-word: 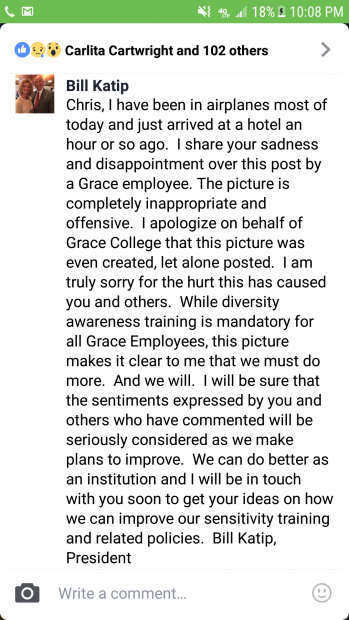 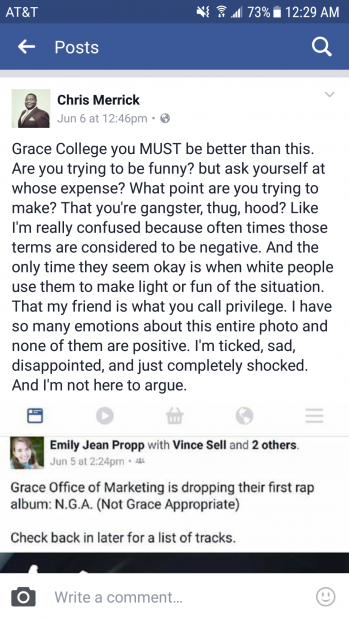 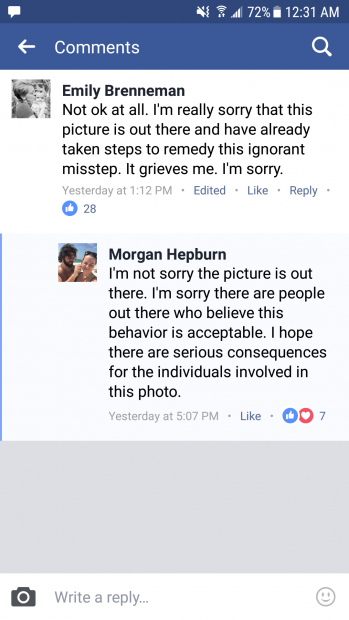 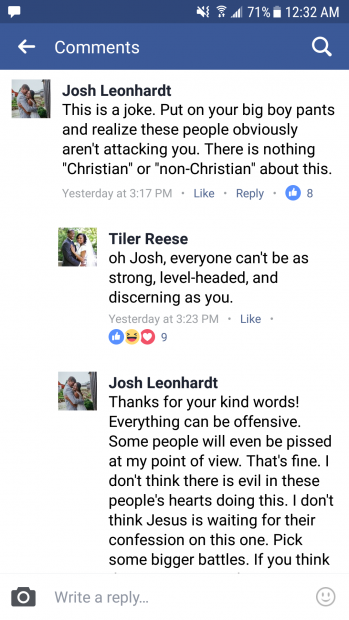 Kilgore was informed of his termination in a Thursday conversation with Lisa Harmon, Grace College’s director of human resources and Cynthia Sisson, the school’s vice president of enrollment management and marketing, a copy of which TheDCNF obtained.

“You had no intent to hurt anyone, we really do understand that,” said Harmon.

“It’s really unfortunate that an incident that became public like this leads us to this place because you really stepped in, you helped us phenomenally,” remarked Sisson. “At least in admissions, I’ll say that, I’ll speak for myself … you’re very competent. You’re very capable.”

“But an incident like this with public exposure always ends up with some kind of a decision and this was the decision,” the vice president said.

Kilgore handed over his keys and was told that he would be able to collect belongings from his office.

“Why am I being terminated?” Kilgore asked about halfway through the recording.

“Because of the post,” responded Harmon, “and the fact that it was racially insensitive and then it went public and that people — students, alumni, parents — were hurt.”

“There was nothing ill-willed about the photo,” Kilgore told TheDCNF. “We were parodying the atmosphere of Grace and meant no harm … Saying something is not Grace appropriate is a common phrase used among the student body and faculty at Grace.”

Grace College also fired two of the other employees featured in the photo, but did not explain why the other two personnel were retained in a statement released Friday.

“It is important for the public to know that Grace College is committed deeply to diversity and inclusiveness, and conduct that demonstrates insensitivity to these values will not be tolerated,” said Dr. Bill Katip, Grace College president. “Grace leadership has taken steps to ensure that this sort of incident will not recur, and several of the individuals involved are no longer employees of Grace College.”

Before becoming special projects coordinator for Grace College’s marketing department, Kilgore worked as an admissions counselor at the school. Prior to that and his 2016 graduation, Kilgore had served as student body president, delivering the school’s 2016 commencement speech. The Grace College graduate had also received the “Greatest Contribution to Campus Life” award for the 2015-2016 school year.

Study: Students Willing to Trade Each Other’s Privacy for Pizza