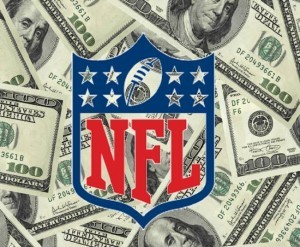 March 9th marks the official start to the NFL Free Agency period.  For those of you unaware as to what free agency is, here is a basic summary:

While this is an extremely basic introduction to NFL Free Agency, it is useful background for those of you reading this article with no prior football background.

While teams were preparing for this year’s free agent market, I began to think about the realities of the NFL marketplace, where players and draft picks are being bought, sold, and traded and how the NFL, with it’s self imposed salary cap for each team, proves that socialism doesn’t work.

For some background, it is important to note that each team is granted a league-determined “salary cap”.  This salary cap is a dollar amount imposed by the league each year that restricts teams from spending boatloads of cash for players.  The idea of the salary cap was to create a more “fair” system in which all teams were placed on a level playing field in terms of how much money they can spend on players.  While teams like the Dallas Cowboys have billions of dollars at their disposal, smaller-market teams like the Cleveland Browns have no such resources.  This year’s salary cap per team is a whopping $167 million per club.  This means that each club has up to $167 million in funds that they can allocate to player salaries.

To put this in perspective, let’s consider a hypothetical football team: The Libertarian Ninjas.  The Ninja’s, like all 32 other NFL teams, will be allowed to spend up to $167 million in player salaries this year.  They can determine how it is they want to spend that $167 million, but they cannot spend more than that fixed amount of salary.  Some teams are able to finagle their salaries to fall well below the league imposed cap, while still signing some good players (while other teams… not so much).

This background into free agency and the salary cap bring me to my main point: The NFL is proving, without a doubt, that their socialized salary cap does not work.

The average salary for a quarterback in the NFL ranges between $15-$20 million per year, but this number is, without a doubt, smaller than it should be.

Consider the following:  Yes, NFL quarterbacks are statistically the highest paid players on their respective teams.  But are they getting a true “market value” for their services?

The answer is both yes and no, and here’s why.

Yes, while the quarterback market is dictated based upon the value of a good quarterback, the scarcity of good quarterbacks, and the value teams place in good quarterbacks, their actual market value is substantially deflated thanks to the NFL’s salary cap.  With only $167 million allocated for each team to spend on player salaries, teams must be weary in terms of how they allocate those funds.  So while a quarterback position might be receiving one of the highest average salaries in the NFL, it is only relative to the salary cap that has been imposed by the league.

To better contrast this, consider if there was no NFL salary cap-

Currently, Andrew Luck of the Indianapolis Colts is the highest paid quarterback (based on his average annual salary) at $24.6 million per year.  That means at his current annual salary, Luck takes up 15% of the Colts’ salary cap space.  To put this in perspective, Luck is valued at the price of 2 Richard Shermans (Cornerback for the Seattle Seahawks, whose annual salary comes in around $14 million).

Now, for you football fans out there, I ask you this: Would you rather have 1 Andrew Luck, or 2 Richard Shermans?  Yes, Sherman is a great player, but if you were able to have a strong quarterback like Luck on your roster versus 2 strong corners, wouldn’t you want the quarterback?  And if so, how much would you be willing to pay for him?

One could argue that in a world without the NFL salary cap, great players such as Luck or any other stellar quarterback, would make tens of millions of dollars more than they currently are now, as teams would be willing to pay as much for their services.

See, even though the NFL imposed the NFL salary cap with the goal of implementing “fairness” in the league, they ended up hurting their own employees: the players.

Instead of players being justly compensated for their skills, teams are forced to pay lesser salaries relative to the salary cap.  Instead of an amazing quarterback like Tom Brady making $50 million per year (as many could argue he deserves), the NFL salary cap keeps his annual salary around $20.5 million.

This also doesn’t take into consideration the fact that the NFL, which wouldn’t exist without its players, is projected to bring in $13 billion in revenue next year.

If anything, the NFL has shown that despite their claims to be promoting “fairness”, they are in fact promoting “unfairness”, especially when it comes to their players.

Bernie Sanders: We Need A ‘Political Revolution’ Against Fracking