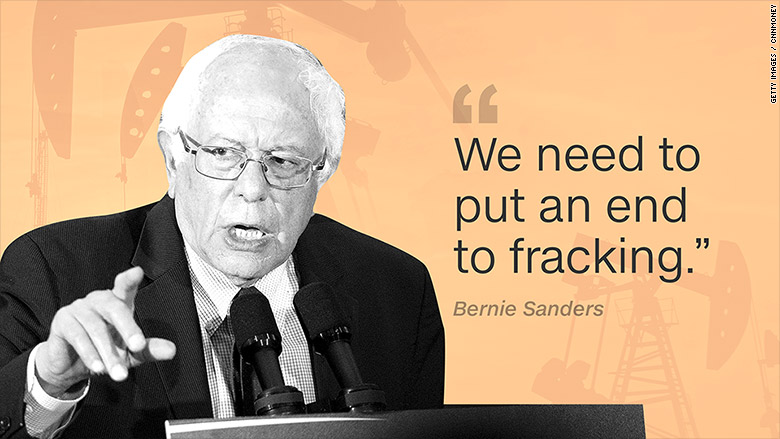 Sanders and Josh Fox, the director of the “Gasland” series, blamed the fossil fuel industry, combined with a lack of activism, for the failures of the Democratic Party. The two also encouraged activists to support several ongoing anti-pipeline and fracking protests.

“I think what we have to do is be extremely smart and effective in tapping that [activist] energy,” Sanders said. “And that means among other things understanding that we can combat climate change at the local level. My city does not use any electricity that comes from fossil fuels. That movement can continue all over this country.”

Sanders continued, “we don’t need to have fracking, we can move aggressively in terms of sustainable energy and energy efficiency.”

The Vermont Democrat and Fox explained activists needed to coordinate their angst against President Donald Trump, who is pro-fracking.

“[The science] means nothing without the activism,” Fox said. “It is like having the cure for cancer but not having any doctors. The medicine we need now is activists in the street saying we can do this [and] dispelling the myths of the fossil fuel industry.”

Fox is one of the most prominent public opponents of fracking and horizontal drilling. Fox endorsed Sanders in the Democratic primary, saying “simply put, Bernie Sanders wants to ban fracking nationwide, that’s his position.”

“The same movement on fracking exists all across this country,” Fox said. “The frackivist movement is ferocious, passionate, enthusiastic and one of the fastest growing environmental movement that’s ever happened in the United States of America.”

Fox said he and other “frackivists” successfully convinced New York Gov. Andrew Cuomo to ban fracking after years of protests.

Fracking revolutionized the U.S. energy industry over the past decade, lowering energy costs and reducing dependence on foreign oil.

The Latest Best-Selling Teen Book Is About Black Lives Matter