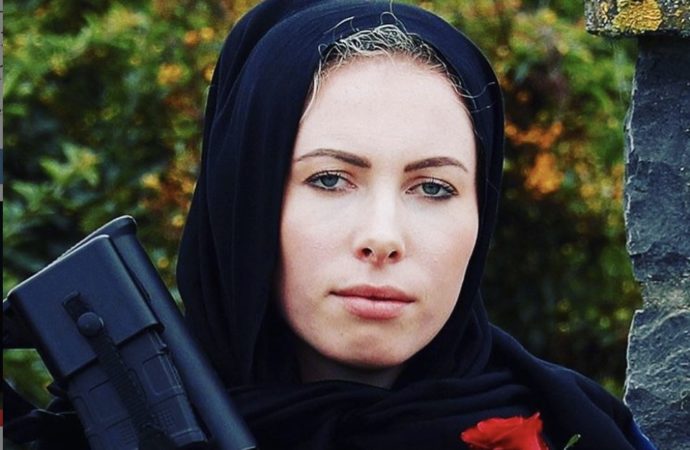 Female news anchors and other women in New Zealand wore hijabs Friday in solidarity with the victims of the Christchurch mosque shootings.

They took their cue from a movement within the country to honor the 50 persons killed in the mosque shootings March 15 by wearing hijabs, beginning with Auckland doctor Thaya Ashman. Ashman said she heard about a Muslim woman who was afraid to wear a hijab, thinking it would attract the attention of terrorists, so she decided to wear one in solidarity.

“I wanted to say: ‘We are with you, we want you to feel at home on your own streets, we love, support and respect you,’” Ashman said.

Samantha Hayes, who reports for Newshub, was one of New Zealand’s anchors who wore a headscarf on television.

The trend is spreading throughout New Zealand as women in Auckland, Wellington and Christchurch don hijabs.

New Zealand Prime Minister Jacinda Ardern, whose reaction to the Christchurch mosque shootings has been widely praised by the media, also joined the movement. Ardern donned a black headscarf when comforting the families of the fallen, and announced a ban on assault rifles in New Zealand six days after the attack.

A New Zealand policewoman drew attention for wearing a hijab as she guarded a funeral for some of the victims Thursday at Christchurch cemetery.

Though many applauded New Zealand women communally wearing hijabs, others said there are Muslim women who have rejected hijabs as symbols of oppression.

Asra Q. Nomini, a Washington, D.C., professor and former journalist for The Wall Street Journal, took to Twitter to voice her complaints.

“Pls do NOT wear a #headscarfforharmony with Muslims. It is a symbol of purity culture antithetical to feminist values. We have women in jail & dead, for refusing the interpretation of Islam you promote.”

Similarly, an anonymous Stuff opinion piece said Friday the movement was “nothing but cheap tokenism.”

“I don’t normally do this but I couldn’t help myself after seeing this ‘movement’ online where non-Muslim women are being encouraged to wear hijab/scarves to show ‘solidarity’ with Muslim women,” she wrote. “As a Muslim woman myself, I think this is nothing but cheap tokenism. It’s a gimmick and pretty distasteful.”

Meanwhile, a diocesan school in New Zealand is taking criticism for banning its students from wearing hijabs at school, saying it is not compliant with the school’s dress code. The school ultimately said in a statement that students would be permitted to participate only in Friday’s “Scarves for Solidarity” event being celebrated throughout New Zealand.