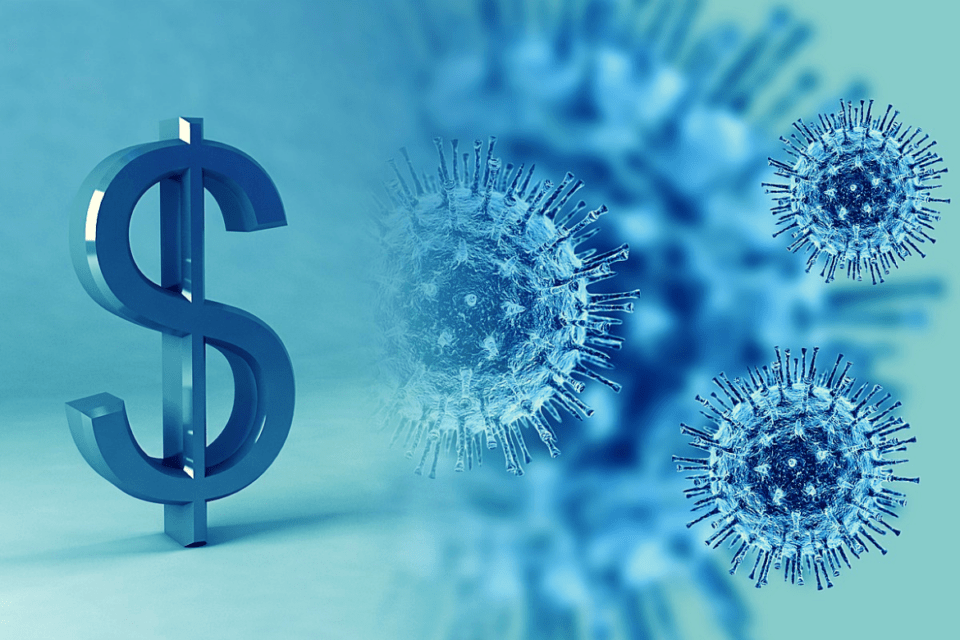 Estimated costs of the coronavirus pandemic are in. The results are not pretty.

“The estimated cumulative financial costs of the COVID-19 pandemic related to the lost output and health reduction are shown in the Table,” write Summers and Cutler. “The total cost is estimated at more than $16 trillion, or approximately 90% of the annual gross domestic product of the US.”

As the authors explain, roughly half of the costs stem from the global recession, which was triggered by government-imposed lockdowns around the world. The remainder is the result of economic losses stemming from shorter life spans and health deterioration.

These losses are unprecedented in modern history. According to Summers and Cutler, the costs exponentially exceed previous recessions and recent conflicts in the Middle East and beyond.

“Output losses of this magnitude are immense. The lost output in the Great Recession was only one-quarter as large,” the authors write. “The economic loss is more than twice the total monetary outlay for all the wars the US has fought since September 11, 2001, including those in Afghanistan, Iraq, and Syria.”

It’s a sobering analysis. The numbers are so enormous they are difficult for the human mind to grasp, but they will have very real effects on American families and others around the world.

As the authors point out, the losses translate to about $200,000 for a family of four. These losses will hurt American families, but poor families around the world will be hit even harder. A recent World Bank study estimated that as many as 150 million people around the world will fall into extreme poverty—defined by living on less than $1.90 per day—by 2021.

Cutler and Summers write that “the immense financial loss from COVID-19 suggests a fundamental rethinking of government’s role in pandemic preparation.” They recommend establishing permanent government infrastructure for testing, contact tracing, and isolation of the sick.

This seems, to be kind, misguided. After all, it was the government’s botched response to the pandemic and its proactive role in shutting down society that caused the bulk of the unprecedented economic damage.

It’s important to remember that throughout history humanity has experienced no shortage of pandemics and deadly viruses. Many have noted that the 1957-58 pandemic bears striking similarities to that of 2020. The 1957-58 pandemic claimed the lives of 1.1 million people worldwide (including 116,000 Americans). The case-fatality rate for that pandemic was 0.67, researchers estimate, which is almost certainly higher than that of COVID-19.

Despite the similarities, some of the differences are even more striking. The economic fallout from that pandemic was barely noticeable. (The same can be said of the Spanish Flu of 1918.)

What made the COVID-19 pandemic so unique was not the virus itself, but our collective response to it. In an effort to protect the population from an invisible virus, governments adopted a blueprint for government-enforced social distancing, a plan whose genesis stems from a 14-year-old girl’s science project and a library trip by George W. Bush.

In favor of this approach, the long-standing conventional wisdom of how to mitigate the spread of a deadly virus was abandoned by most nations, and by April dozens of governments around the world had quarantined tens of millions of healthy people and ordered the closure of millions of “non-essential” businesses.

Prior to February 2020, when China ordered the largest mass quarantine in human history, such an action had never been taken. (It’s worth noting that before they became a partisan issue, media organizations such as NPR and the New York Times expressed serious doubts about the strategy of government-imposed quarantines.)

And now we know why: pandemic lockdowns are a strategy born of hubris. The strategy rests on the misguided idea that central planners can create a more perfect social order by removing decision-making from individuals and replacing it with their own top-down mandates.

Economists from Hayek to Mises and beyond have warned that this hubris poses one of the great risks to modern man.

“If man is not to do more harm than good in his efforts to improve the social order, he will have to learn that in this, as in all other fields where essential complexity of an organized kind prevails, he cannot acquire the full knowledge which would make mastery of the events possible,” Hayek noted in his Nobel Prize speech.

“The recognition of the insuperable limits to his knowledge ought indeed to teach the student of society a lesson of humility which should guard him against becoming an accomplice in men’s fatal striving to control society – a striving which makes him not only a tyrant over his fellows, but which may well make him the destroyer of a civilization…,” he continued.

Central planners failed to heed Hayek’s “knowledge problem” warning. In their zeal to control society, they destroyed the global economy on a scale the modern world had never seen.

Acknowledging the Truth about Lockdowns

Somehow, the word “lockdown” never appears in the Summers-Cutler study.

This will not do. If we cannot acknowledge a basic truth—government lockdowns failed—we are bound to make the same mistake again.

Once we have come to grips with this basic truth— one the World Health Organization and some European nations appear to have gleaned—we can begin to rebuild the economy. And the recipe for success is simple: economic freedom.

“In order to reverse this serious setback to development progress and poverty reduction, countries will need to prepare for a different economy post-COVID, by allowing capital, labor, skills, and innovation to move into new businesses and sectors,” World Bank Group President David Malpass writes.

Free markets and free people is the formula for a brighter future in a post-COVID-19 world.