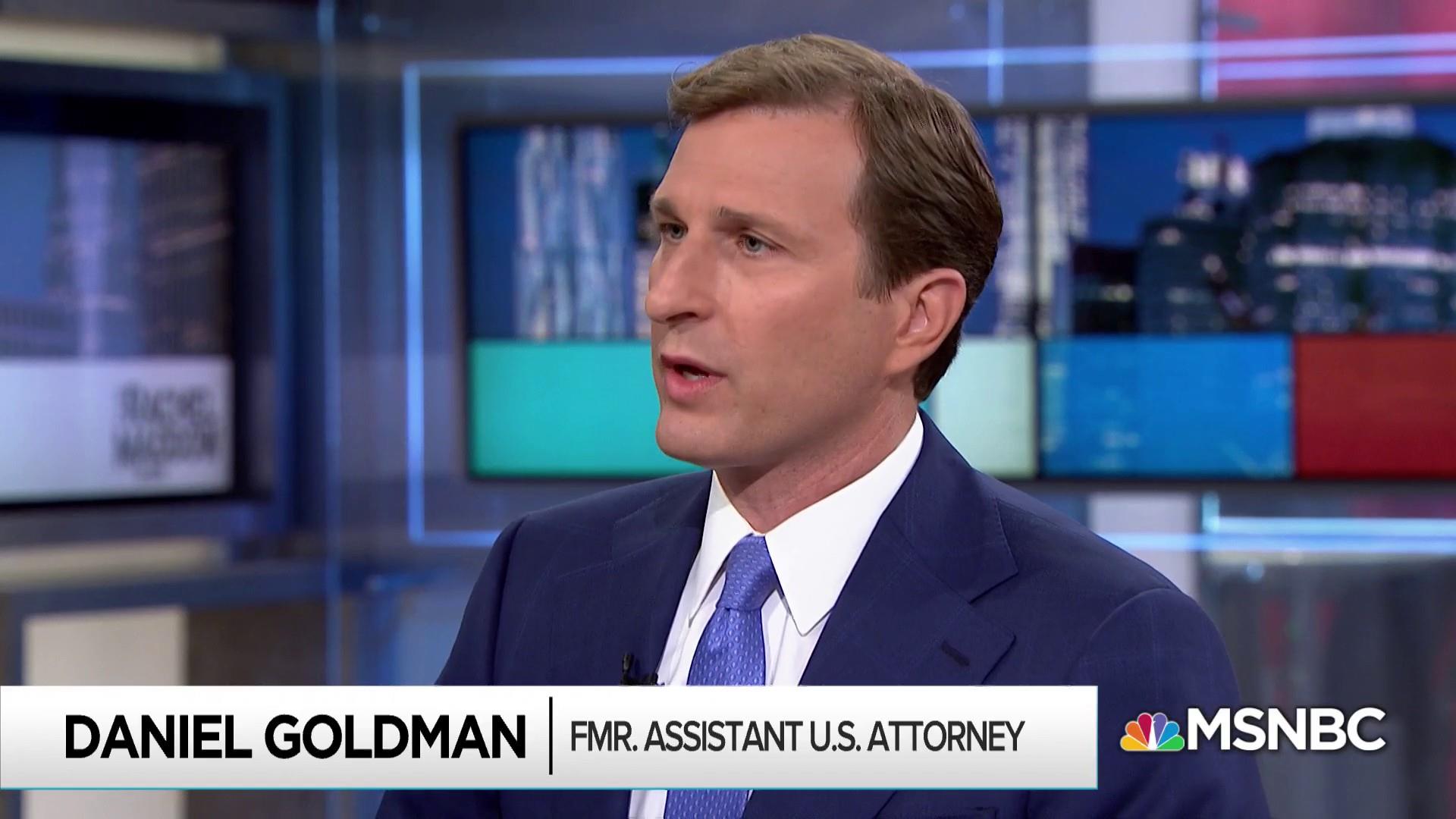 “I think legally we already now know that the president has committed a felony in order to obtain the office of the presidency,” Goldman said.

He also said Trump will avoid charges for his actions because former Trump lawyer Michael Cohen refuses to fully cooperate with prosecutors.

“He will likely not be charged with that. And in part, he’s not going to be charged because even if he could be, forget about the DOJ policy, Michael Cohen decided not to fully cooperate with the southern district of New York. So he’s not a witness available to them right now,” Goldman continued.

“If he really wanted to get this over with and get back to his family, he would have fully cooperated, agreed to be a witness, agreed to postpone his sentencing, so he could get an even more reduced sentence. And for some unknown reason to us, he is not doing that,” he said.

Cohen claimed Trump knew he was breaking the law when he made payments to women whom he allegedly was having extramarital affairs with. Trump has continually denied the affairs, while publicly criticizing Cohen

The Internet As We Know It Supposedly Ended A Year Ago, According To CNN And Other Outlets