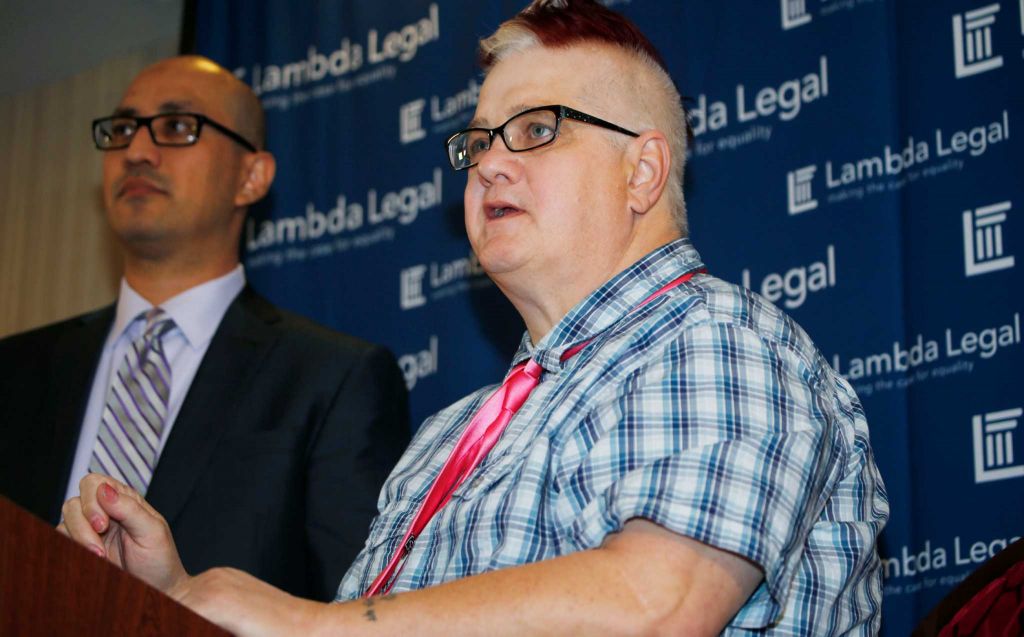 A Colorado man is suing the Department of State for denying him a passport after he refused to choose a gender on his application.

Dana Zzyym claims in a federal discrimination lawsuit that his constitutional rights are being violated because an “intersex” person is forced to choose a gender that isn’t his.

“I am not male, I am not female, I am intersex, and I shouldn’t have to choose a gender marker for my official U.S. identity document that isn’t me,” Zzyym said in a statement released by LGBT  rights organization Lambda Legal.

Whitney, says doctors and parents struggled to decide his gender at birth and originally left the gender box blank on the birth certificate. After some consideration they decided to raise him as a boy.

Whitney enlisted in the Navy at the age of 20 in 1978 and did three tours in Lebanon and one in the Gulf. After leaving the Navy he explored living as a woman but decided it wasn’t for him, either.

Zzyym’s attorney Paul Castillo cited several countries including Australia and New Zealand which allow their citizens to choose the “intersex” option in applications.

The State Department changed its policy in 2010 to allow people that have undergone sexual reassignment surgery to change their sex in their passports. It also allows people in the process of changing gender to get a temporary passport. The only two available option are still male and female.

The International Civil Aviation Organization that sets guidelines for travel documents advised countries to keep the gender field for the time being as it may cause problems when traveling to other countries.