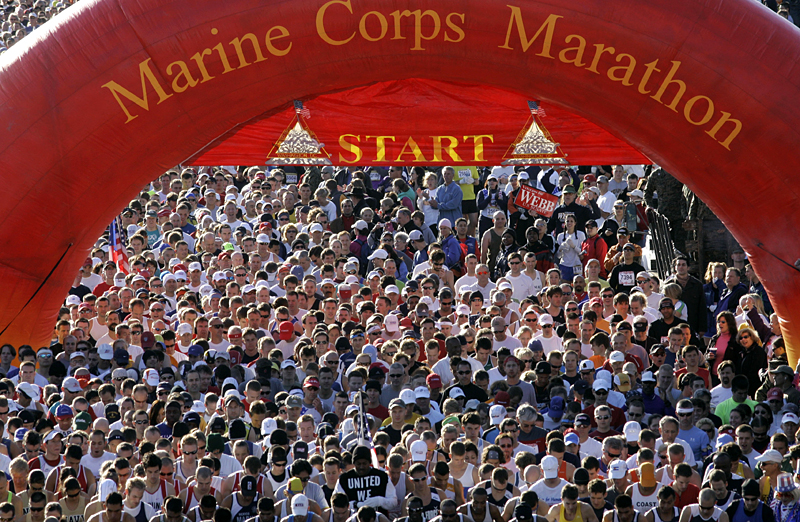 The Marine Corps Marathon (MCM) has held its race expo in Washington, D.C., the last 10 years, but the city says the event will need to find a new home next year.

The Washington Business Journal reports that officials with Events D.C., the city’s sports and entertainment authority, told marathon operators the District can’t host the expo next year because it has received other, more lucrative offers.

“Obviously we’d love to accommodate every customer on their dates, particularly this one. This is a signature event that we love to have,” Events D.C. CEO Greg O’Dell told the paper. “But this is the biggest time of the year for conventions, particularly October, when we are booking pretty large conventions, including medical shows, which are the highest economic impact shows for our building.”

For the last decade, the expo, a two-day event prior to the race where runners can register and look through rows of vendors, was held at either the Walter E. White Washington Convention Center or an event space at the D.C. Armory, but next year there just won’t be enough room.

When the expo was held last weekend, the MCM was forced to share space at the convention center with two other events.

The MCM will still travel the same route as before, starting and ending at the National Cemetery, but runners will have to travel to Maryland to collect their running bibs.

Next year, the event will be held just outside the city at the Gaylord National Resort and Conference Center in Prince George’s County, Md., where it will be more difficult to get to the race because there is no Metro access.

Rick Nealis, the Marine Corps Marathon’s director, told the Journal he is going to set up shuttle buses to and from the hotel for runners and try his best to make the new situation work.