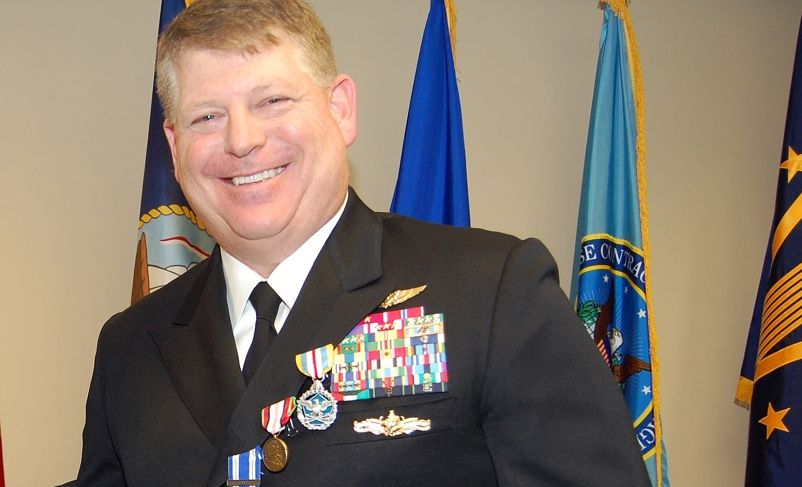 The ongoing “Fat Leonard” fraud case brought down the career of a high-ranking admiral Thursday.

Rear Adm. Robert Gilbeau, the highest official thus far to be charged in the fraud case, pleaded guilty to charges he lied to federal investigators about his dealings with the foreign defense contractor known as “Fat Leonard.”

Gilbeau “lied to federal investigators to conceal his illicit years-long relationship with Leonard Glenn Francis,” according to a press release from the Department of Justice.

In his plea deal with the Justice Department, Gilbeau was charged with one count of lying to investigators, but admitted to other wrongdoings as well.

Gilbeau said he lied to federal agents during the investigation into Francis’ activities. When the agents asked Gilbeau if he had ever received gifts from Francis, Gilbeau lied and said he had not. The admiral additionally told investigators that during his meetings with Fat Leonard he”always paid for half of dinner,” which was also false. (RELATED: Senator: If Navy Intelligence Chiefs Can’t View Classified Info, Why Do They Have Jobs?)

Several agencies are still conducting the investigation, and it is unclear exactly how Gilbeau helped Francis gain lucrative defense contracts. Francis admitted to lavishing gifts upon Navy officials — including travel, big meals, gadgets, parties and prostitutes — in exchange for sweetheart deals on Navy contracts for his company Glenn Defense Marine Asia. Francis managed to defraud the U.S. of around $20 million.

The Washington Post reports that when Gilbeau entered the U.S. District Court in San Diego Thursday, he was wearing civilian clothes and carried “a little white dog named Bella.” Bella is a therapy dog for Gilbeau’s post-traumatic stress disorder, according to Navy officials.

Gilbeau’s attorney said that his client is not trying to avoid the consequences of his crimes. “In this unfortunate situation, he [Gilbeau] accepts responsibility for the decisions he made and for his conduct,” the attorney told the Washington Post.

America May Soon Make AK-47s, Thanks To SOCOM