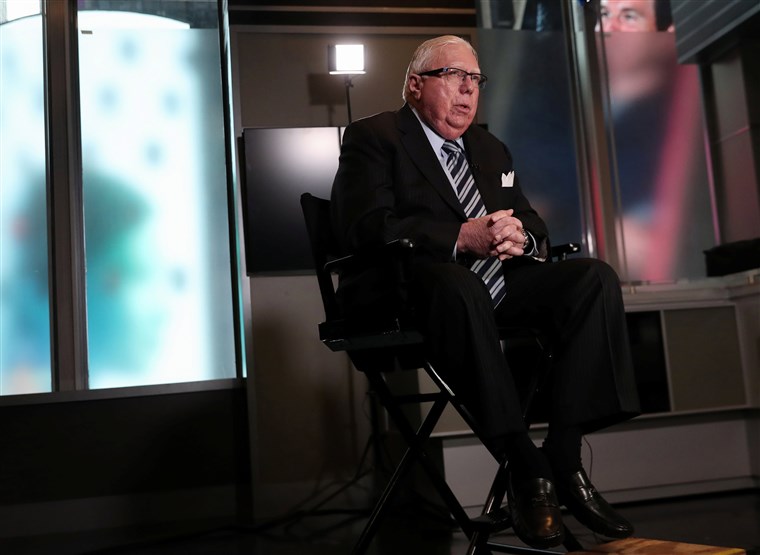 Eighteen months into Robert Mueller’s investigation into possible collusion between Russia and Donald Trump to influence the U.S. presidential election, the probe has produced several indictments and induced several guilty pleas. Paul Manafort was convicted of tax fraud and bank fraud this past September for incidents unrelated to the 2016 campaign. George Papadopoulos and General Mike Flynn both entered guilty pleas for lying to the FBI, but neither was charged with activities related to collusion with Russia. More recently, Trump’s former attorney, Michael Cohen, pleaded guilty to campaign finance violations, tax fraud and bank fraud.

But Mueller’s latest target, Dr. Jerome Corsi, isn’t folding under pressure from Mueller. On the contrary, through his attorney, Larry Klayman of Judicial Watch, he has charged in a letter addressed to acting Attorney General Matthew Whitaker, other high-ranking U.S. attorneys, and the District of Columbia Bar Disciplinary Counsel that Mueller and his team are guilty of prosecutorial misconduct and conspiracy to commit treason.

Other charges Corsi lays out against Mueller and his team include unlawfully leaking grand jury material to the press, conspiracy to suborn perjury, RICO violations, conflicts of interest, and conspiracy to violate securities regulations.

That Corsi became a target of the Mueller investigation is somewhat surprising. Unlike other targets who worked directly with Trump’s campaign, Corsi did not. Corsi is an anti-Deep State political commentator, often called a “conspiracy theorist” by his critics. He wrote two best-selling books, one critical of John Kerry’s military leadership and one opposing Barack Obama. Unlike  figures such as Cohen, Manafort , and Flynn, who have wealthy and powerful international connections, Corsi is a relatively minor alternative-media personality. He has been featured on InfoWars and WorldNetDaily, and has spent much of 2018 making YouTube videos analyzing Qanon drops from 4Chan. He just doesn’t seem like such a big fish to fry.

Perhaps that’s why he thought it was safe to cooperate with Mueller in the first place. He admitted on Hannity Tonight to giving the Special Counsel free reign to review his computers and social media without a warrant. Any attorney would have advised against the move, but Corsi apparently thought this would clear him of any wrong-doing—until he discovered that he was what’s for dinner, so to speak.

According to Corsi, Mueller was interested in Corsi’s 2016 communications with Roger Stone, a political operative who had left his position as an advisor in the Trump campaign in 2015. The communications were related to the Wikileaks release of John Podesta’s emails and whether Corsi and Stone had advance knowledge of the release. Corsi claims he was questioned about emails and that he could not recall specifics about those emails. He requested to to amend his answers after refreshing his memory. Corsi did amend his answers, apparently in good faith. Instead, it seems that Dr. Corsi fell into a perjury trap.

In his communication to Whitaker, Corsi states that the special counsel fabricated a conspiracy between himself, Stone, Trump, Russia, and Julian Assange to use the Podesta emails to influence the outcome of the 2016 election. The Special Counsel, he says, offered him leniency in exchange for testimony against Trump and/or Stone. Corsi states that he advised the Special Counsel that such testimony would be perjury, but that Mueller’s team demanded his cooperative testimony regardless of its veracity. Furthermore, he says, Mueller’s team insisted that he keep any plea deal he might accept secret, which would place Corsi in violation of the SEC rules, as Corsi is a licensed securities dealer and would be required to divulge any conviction to the SEC.

All of this, per the complaint, amounts to gross prosecutorial misconduct.

The Corsi letter also cites numerous news articles in which secret grand jury activities were reported by the press, activities known only to those working under Mueller’s direction.  Reports from The Hill, NBC News, The Daily Beast, The Wall St. Journal, Yahoo News, Politico, and CNN are all cited as having run stories based on leaks from the Special Counsel’s office. Those leaks, he maintains, were deliberate and used to create public pressure on Mueller’s legal targets. Additionally, the leaks are a violation of the Federal Rules of Criminal Procedure.

Corsi goes on to describe multiple conflicts of interest in the backgrounds of attorneys hired by Mueller for the Russia Collusion probe, all of whom have demonstrated political allegiance to Democrats or, in the case of Mueller, were actively involved in incidents, such as the Uranium One deal, that could have an effect on how the probe might progress.

The list of charges culminates in an accusation of treason.

If Corsi is telling the truth, perhaps Mueller’s team simply didn’t expect Corsi to put up this much of a fight. After their success with Flynn—a man of impressive accomplishments in military and government—who would expect someone far less powerful to come back swinging?

Yet it makes perfect sense. Corsi is 72 years old, and should Team Mueller prevail against him, he will spend his remaining years in jail. He does not seem to have an intricate web of influential friends to protect, or who might lobby on his behalf. Instead of folding to Mueller’s pressure, all he has is whatever faith he might have left in our legal system. He’s made his appeal to Whitaker, and the ball is now in the Acting Attorney General’s court.

The fact is that after a year-and-a-half, Mueller has not made public any evidence that there was collusion between the Trump campaign and Russia. The Dossier (a DNC product), the FISA applications upon which they rested, and scores of rumors and innuendo have amounted to nothing factual that establishes any collusion between Trump and Russia. In the words of Peter Strzok, “There’s no big there there.”

Is this a sign that Mueller’s team is getting so desperate they need to coerce false confessions to get the result they desire?

Only Whitaker and his DOJ associates know whether they have any intent to take Corsi’s charges seriously, and to what degree they are interested in investigating the Special Counsel’s tactics. If Whitaker does investigate and finds that such tactics were used against Flynn and Papadopoulos, there may be more to Corsi’s protestations than a last ditch effort to avoid life in prison. It might be the Special Counsel’s undoing.