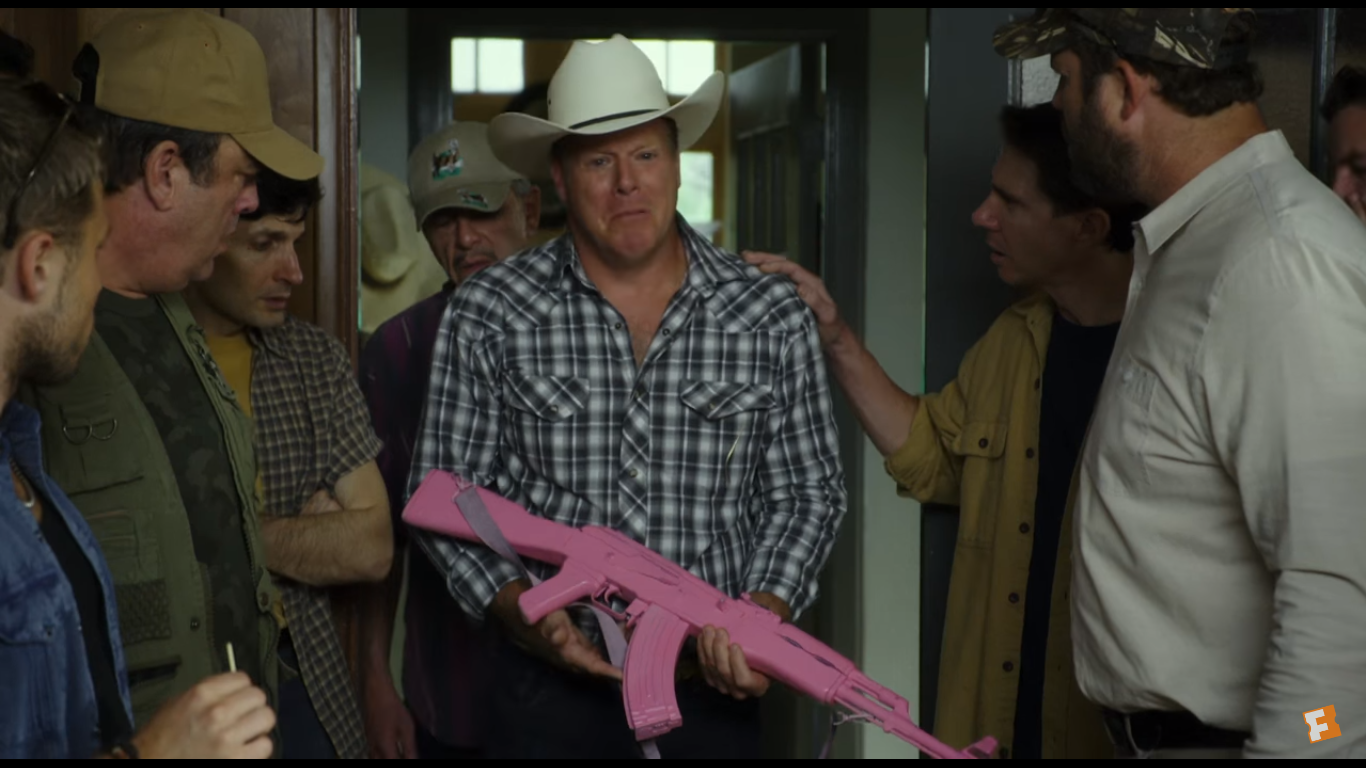 This September, a movie entitled Is That a Gun in Your Pocket? is scheduled for release. The film centers around the town of Rockford, Texas and its interest in guns. Following an accident with a firearm at a school, the women of the town pledge to not have sex with any of the men until they give up their guns.

If there’s one thing that the men of Rockford Texas love as much as their women, it’s their guns. But when a gun incident at a neighborhood school spurs one stay at home mom, Jenna (Andrea Anders), to rethink Rockford’s obsessive gun culture, life in this idyllic town is turned upside-down. Much to the chagrin of her husband, (Matt Passmore), Jenna ignites a movement by recruiting the women to withhold sex from the men until every gun in Rockford is vanquished. A wild and hilarious showdown ensues between the sexes. As tensions and libidos rise, the men and women of Rockford must decide what’s really important: keeping the peace or getting a piece.

The movie is just the latest attempt by Hollywood to make gun-owners seem silly. In 2013, Jim Carrey made fun of deceased gun advocate Charlton Heston. He did so by recording a song suggesting that Heston supported the right to bear arms due to insecurity in the size of his manhood.

Gun control is a common cry for celebrities. Many notable stars participated in the infamous 2012 “Demand A Plan” public service announcement. With each tragedy, the left capitalizes in an attempt to hinder the rights of law-abiding gun-owners. One segment from stand-up special by Australian comedian Jim Jefferies has become a common argument for activists on social media.

When it comes to the right to bear arms, leftist celebrities make it clear. As Cloris Leachman says in the closing scene of the new trailer, “Liberty? F*ck them and their liberty. Punk-*ss mother-f*ckers.”

Watch the trailer below: