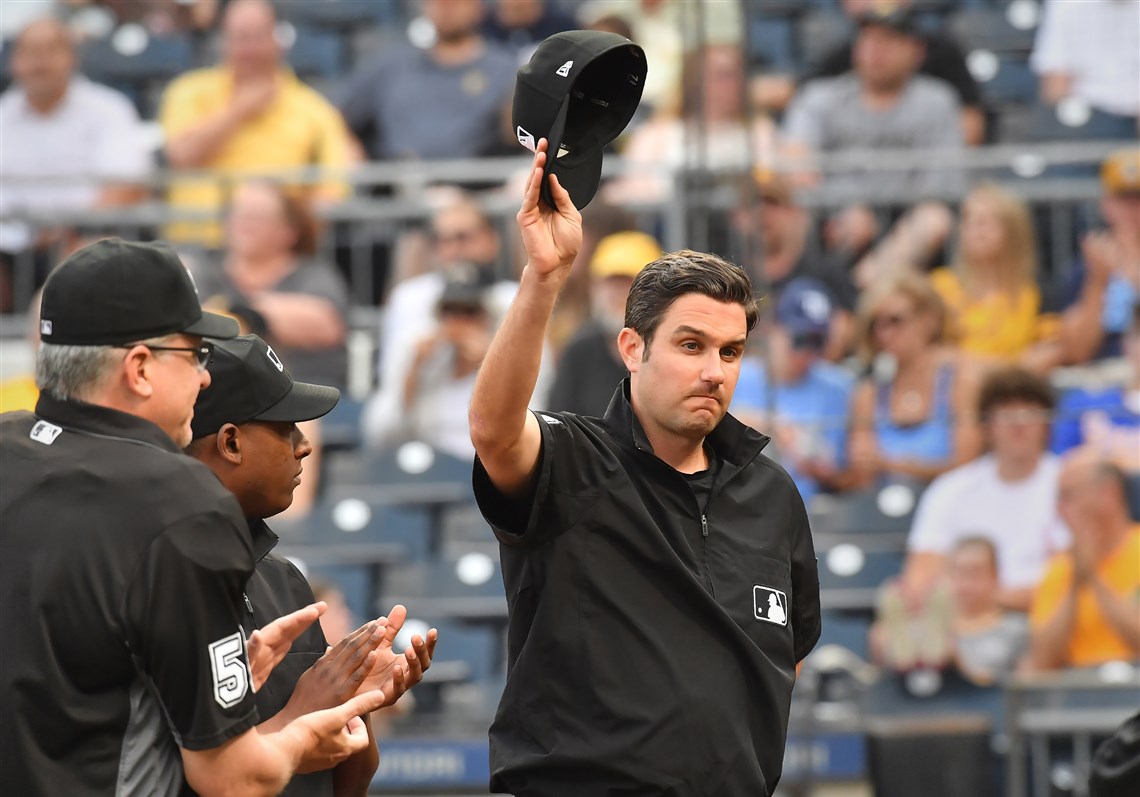 MLB umpire John Tumpane saved a woman from potentially risking her life Wednesday after he saw her hop the railing of the Roberto Clemente Bridge.

Tumpane was out for lunch and a run when he saw the woman hop the railing for “a better look of the city from this side.” When Tumpane went over and grabbed her, she reportedly put all her weight in Tumpane’s arms while dangling both feet over the edge.

“It was just pure instinct,” said Tumpane. “You hear kind of stories of this all the time, different scenarios, people aiding, and situation where I was lucky enough to be there to help and try to think of everything I could do, hanging on to her. At times, she wanted to go the other way. I was like, ‘Not on my watch, please.’ We were just hanging on.”

Tumpane continued to try and comfort her and get her back to safety by offering to grab something to eat and talk. The ump would not leave her side even when she repeatedly said, “No one wants to help me, just let me go. You’ll forget me tomorrow.” He would not let go.

A bystander came to Tumpane’s aid in the form of the Tampa Bay Rays’ manager of multimedia production Michael Weinman. He ran up to them and planted himself on the ground, reaching and grabbing the woman’s legs.

“Figured any way I could help do something,” Weinman said. “People were trying to tell her, ‘We love you. You’re loved. People want you here. That’s why we’re all here.’”

Eventually, police arrived in a boat from below, a helicopter from above and in a fire truck and ambulance on the bridge. The mass of help got her back to safety and took her to the nearest hospital.

Tumpane would later go on to be the home-plate umpire later that day for the game between the Pittsburgh Pirates and Tampa Bay Rays. Despite having his mind on the game during play, it would occasionally drift off and think about what happened.

“It’s also hard when you stand back behind home plate and look and you see the bridge in the distance, in between innings and whatnot, just thinking of how things could have maybe been,” he said. “Glad it was this way.”

Hungarian PM: Soros Threatens The Peace In Europe With His ‘Mafia Network’