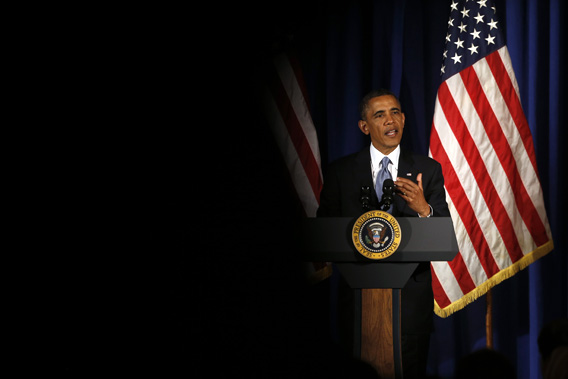 The conservative foundation Judicial Watch recently tweeted out that they have obtained nearly 700 documents pertaining to the IRS scandal under the Obama Administration. The tweet noted that the document drop is the first part of a 7,000 page cache.

The documents were made available following a Freedom of Information Act (FOIA) request lawsuit filed by Judicial Watch in 2015.

The FOIA request was made in 2013, following a scandal that revealed the US Internal Revenue Service had selected political groups applying for tax-exempt status for intensive scrutiny based on their names or political themes, explain RT News.

Initial reports described the selection as nearly exclusively targeting conservative groups with terms such as “Tea Party” in their names but later it was found that some liberal groups were also selected for additional review.

The outcome for the scandal did not match the perceived notion of wrong doing however, as RT explains that in January 2014, the FBI told Fox News that its investigation had found no evidence so far warranting the filing of federal criminal charges in connection with the controversy, as it had not found any evidence of “enemy hunting”, and that the investigation continued. On October 23, 2015, the Justice Department declared that no criminal charges would be filed.

According to RT, 61% of the 695 pages released by the IRS have been completely redacted, but there is new information which is of interest:

RT News explains that Judicial Watch had previously argued the lists used to identify conservative organizations applying for tax exempt status was used by the Obama administration in advance of the 2012 presidential election.

“No wonder the Obama IRS has been hiding these records. The new smoking-gun documents contain admissions by the Obama IRS that is inappropriately targeted conservative groups,” said Judicial Watch President, Tom Fitton. “But the records also show that the abuse continued – as the Obama IRS tried to force conservative applications to give up their First Amendment rights in order to finally get their applications granted.”

Between 2010 and 2012, the number of applications the IRS received each year seeking 501(c)(4) certification doubled. During this period, budget cuts and personnel cuts reduced the IRS’s ability to adequately perform its core duties.

When the Obama administration requested in 2011 that Congress increase the IRS’s $12.1 billion budget by $1 billion to allow the agency to hire 5,100 additional agents, Congress instead reduced the IRS budget to $11.8 billion, and the IRS offered buyouts to 5,400 of its 95,000 employees, RT News concluded.

Judicial Watch has also tweeted out that it believes IRS Commissioner John Koskinen “aided and abetted” the Obama administration’s cover up of the scandal.

Koskinen has aided and abetted the Obama administration in covering up a scandal of monstrous proportion.https://t.co/q9KbUE4Dm2

Biden Signals He’s Serious About Running For President In 2020