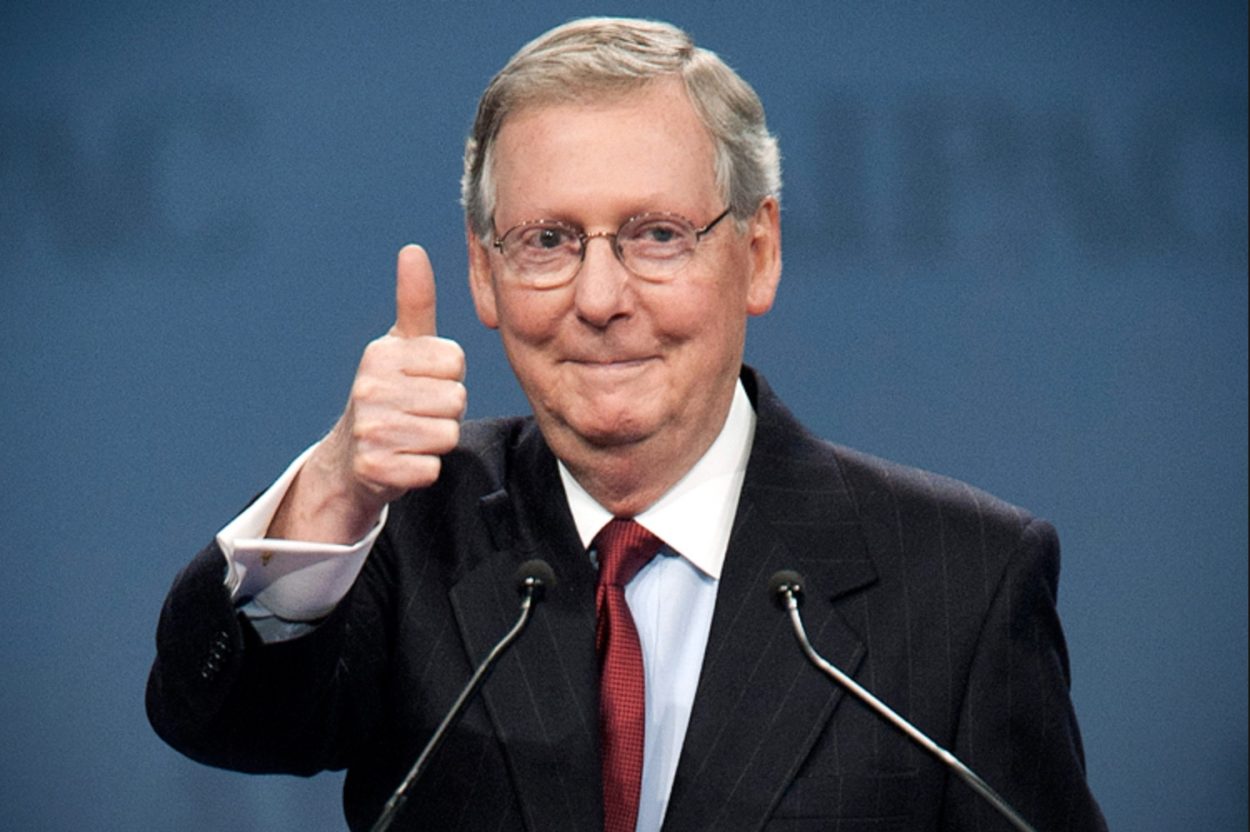 “I could not be more glad that the American people will have the opportunity to learn precisely where each one of their senators stand on the “Green New Deal,” McConnell tweeted. “A radical, top-down, socialist makeover of the entire U.S. economy.”

I could not be more glad that the American people will have the opportunity to learn precisely where each one of their senators stand on the “Green New Deal”: a radical, top-down, socialist makeover of the entire U.S. economy.

McConnell revealed in February that he will force a vote before the August recess, and the vote could be held as early as Tuesday, according to NBC News.

“The proposal we are talking about is, frankly, delusional,” McConnell said on the Senate floor earlier in March. “It is so unserious that it ought to be beneath one of our two major political parties to line up behind it.”

While Democrats have largely rallied in support the of the Green New Deal, it has been a wedge issue among voters for its radical policy prescriptions. With a goal of moving toward net zero emissions over a 10-year period, the proposal calls to “totally overhaul transportation by massively expanding electric vehicle manufacturing, build charging stations everywhere, build out high-speed rail at a scale where air travel stops becoming necessary.”

Democratic New York Rep. Alexandria Ocasio-Cortez, who introduced the resolution along with Democratic Massachusetts Sen. Ed Markey, attacked Republicans on Saturday for bringing her proposal to the Senate floor for a vote.

“The GOP’s whole game of wasting votes in Congress to target others “on the record”, for leg they have no intent to pass, is a disgrace,” Ocasio-Cortez tweeted. “Stop wasting the American peoples’ time + learn to govern. Our jobs aren’t for campaigning, & that’s exactly what these bluff-votes are for.”