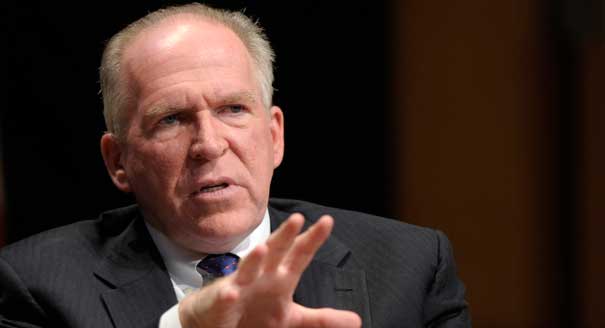 Former CIA Director John Brennan said Monday morning that he was “relieved” by the Attorney General’s summary of the Mueller report, admitting the findings presented less than he anticipated in terms of criminal activity.

“Well, I don’t know if I received bad information but I think I suspected there was more than there actually was. I am relieved that it’s been determined there was not a criminal conspiracy with the Russian government over our election. I think that is good news for the country,” Brennan said when asked by MSNBC’s Joe Scarborough if he was surprised by the lack of collusion evidence.

Brennan added “I still point to things that were done publicly, or efforts to try to have conversation with the Russians that were inappropriate, but I’m not all that surprised that the high bar of criminal conspiracy was not met.”

Brennan has been a sharp critic of President Donald Trump throughout the Mueller investigation. Two weeks ago, he predicted that there would be indictments related to a “criminal conspiracy” involving Trump or his associates’ activities during the 2016 election.

On Sunday, Attorney General William Barr delivered his summary of the Mueller report to Congress, writing that Trump and his campaign team did not collude with any Russian entities during the election, and that there was no evidence to suggest Trump obstructed justice either.

Brennan questioned part of Barr’s conclusions. “I am surprised that that second part of obstruction of justice in terms of how it came out. I don’t know whether or not Bob Mueller wanted the attorney general to pronounce on that issue or whether or not Bob Mueller felt that it would be best for Congress and the American people to determine whether the weight of the information indicates that Donald Trump did try to obstruct justice.”

“There are some surprises there,” Brennan added. “I think that’s why getting to the full Mueller report is the best way to get some of these if not all of these questions answered.”

To date there have been no charges of conspiracy between any Trump associates and Russian government officials.

Mitch McConnell Poised To Vote On Green New Deal: ‘I Could Not Be More Glad’