It appears a technicality might end up getting Donald Trump removed from the Minnesota ballot come election time. According to The Huffington Post:

Donald Trump could be missing from the ballot in Minnesota on Election Day if Democrats get their way.

The Democratic-Farmer-Labor (DFL) Party filed a lawsuit with the state Supreme Court to have the Republican presidential candidate’s name, along with the name of GOP vice presidential nominee Mike Pence, removed from the ballot over a procedural flaw.

The dispute stemmed from provisions requiring that each party nominate 10 electors and 10 alternates at their state conventions who would represent Minnesota in the Electoral College vote held after the presidential election. The GOP failed to select the alternate electors and almost didn’t make the ballot at all.

Only time will tell if these efforts prove successful. 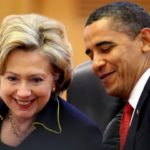 Another Clinton IT Guru Who Deleted Emails Granted Immunity by Obama