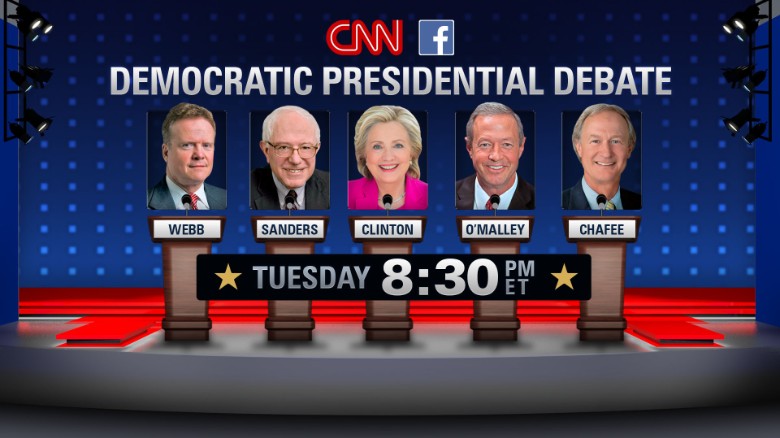 Whereas CNN prodded the Republican Presidential nominees to squabble and fight amongst themselves in their national TV debates–often leaving the serious issues on the back burner, the network is taking a different approach with the Democratic debate tonight. For their darling Democrats, CNN will conduct themselves professionally.

CNN’s Anderson Cooper will moderate the first Democratic presidential debate this week, and unlike the previous Republican debate hosted by CNN, Cooper said he won’t be encouraging confrontations between the candidates.

“I’m always uncomfortable with that notion of setting people up in order to kind of promote some sort of a face off,” Cooper said Sunday on CNN’s “Reliable Sources.” “Look, these are all serious people. This is a serious debate. They want to talk about the issues and I want to give them an opportunity to do that.”

Cooper said Sunday, though, that the Republican field has been different from the Democratic field in that many of the GOP candidates have sought to pick fights with one another and “wanted to punch up and try and make a name for themselves.”

Ah, how sweet it must be for the Democratic Party to bask in such mass media privilege. One would think moderators and their networks would actually try to “moderate” their views to allow for some sense of equity in their coverage.

Apparently, “fairness” is only a virtue when it plays into the Democrats favor. Makes you wonder why the GOP let’s liberal networks host their debates.