FEC filings from both parties show the RNC has $63 million in cash on hand compared to the DNC’s $8.3 million, Bloomberg reported. This is more than seven times as much cash on hand as the DNC has, according to Axios.

The RNC in November raised $20.6 million compared to the DNC’s $8 million, FEC filings show. The DNC did not immediately return the Daily Caller News Foundation’s request for comment.

News of these funds came after the RNC reported more than 600,000 new donors since Democrats began attempting to impeach President Donald Trump.

As the House Judiciary Committee adopted articles of impeachment earlier in December, the Trump campaign and the RNC received over $10 million in small donations, Axios reported. Republicans raised $15 million during the 72 hours after House Speaker Nancy Pelosi announced in September that the impeachment inquiry would begin.

A quarter of those who register at Trump rallies are either self-described Democrats or independents, an official told Axios, adding that about a quarter of Trump rally registrants are low-propensity voters. 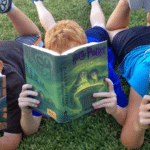 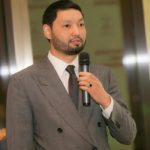