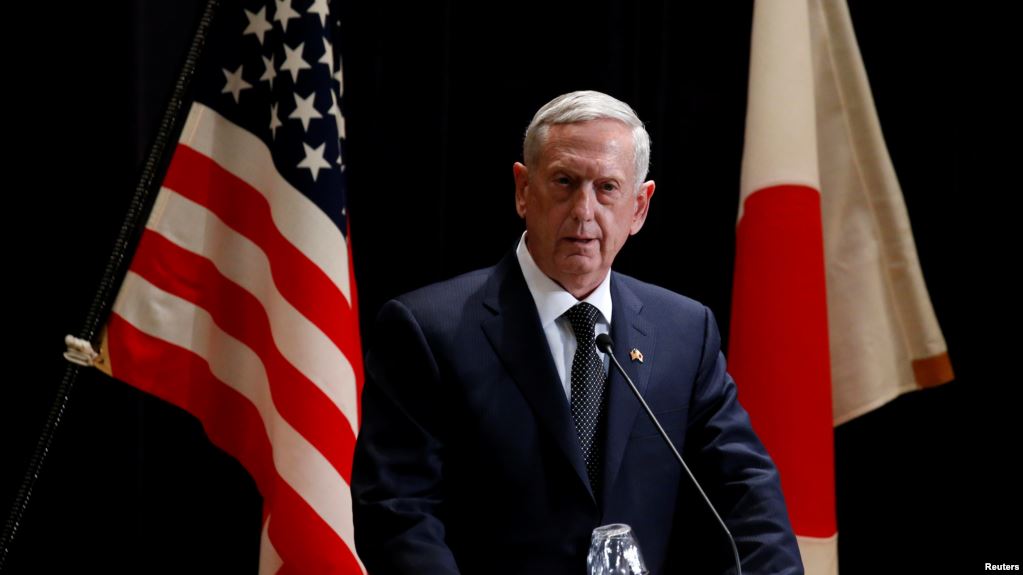 Secretary of Defense James Mattis declared that the U.S. would not be taking any oil from Iraq prior to departing for Baghdad Monday, contrary to past statements by President Donald Trump.

Trump reiterated his declaration that the U.S. should take Iraq’s oil on his first day as president in a visit to CIA headquarters. “We should have kept the oil. Maybe we’ll have another chance,” he told an audience of agents.

Mattis reneged on this statement, telling reporters, “We’re not in Iraq to seize anybody’s oil.” He said he is visiting Iraq “because I need to get current on the situation there, the political situation, the enemy situation and the friendly situation.” He continued, “we’re going to make certain we’ve got good shared situational awareness of what we face as we work together, fight alongside each other to destroy ISIS. That’s the point about going in there.”

The defense secretary will arrive in Baghdad as the U.S.-backed Iraqi Security Forces begin their final push on the western half of ISIS-held Mosul. Mosul is the second largest city in Iraq and has been held by ISIS since June 2014. Operations to retake the city began in October 2016, but have dragged on much longer than many U.S. military advisers expected.

Mattis told reporters that U.S. rules of engagement in the fight against ISIS will not be changed from the Obama administration’s. U.S. forces are engaged in a train, advise, and assist mission with the Iraqi Security Forces, along with some U.S. special operators embedded with the troops.

The renewed push on Mosul will likely be even more difficult for the Iraqi Security Forces. The western half reportedly has even narrower streets than the eastern half, which renders some Iraqi armored vehicles unusable. ISIS has also burrowed tunnels throughout, heavily mined the area, and will likely use waves of suicide bombers to inflict maximum casualties.