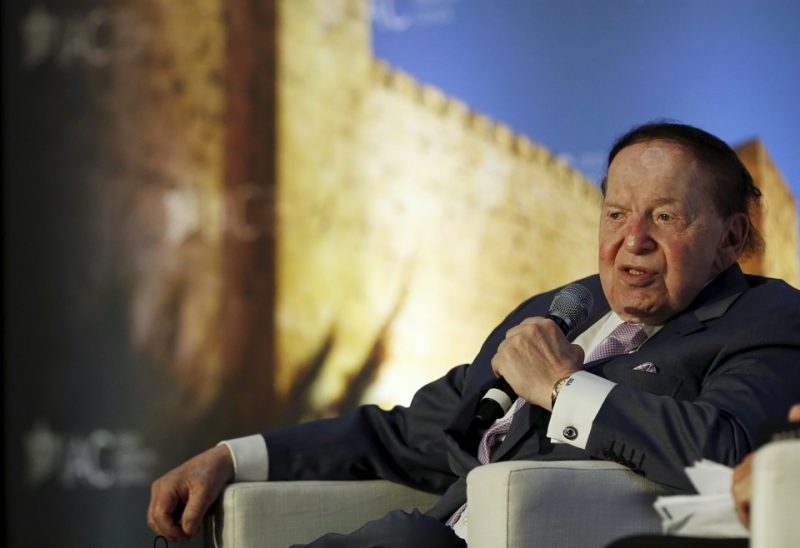 To those on the outside looking in, it may seem like marijuana legalization is inevitable, a foregone conclusion. Nothing can stop the train of freedom as it rolls down the tracks to Weedtown! But if you look down the tracks a little way, you can see an obstruction: it’s a big pile of money, blocking the track, between us and Weedtown!

Next to that big pile of money is casino magnate Sheldon Adelson, a sad, decrepit little man who is shoveling money onto the pile. See, Sheldon Adelson doesn’t approve of legal marijuana, even for medical purposes. He sunk Florida medical marijuana in 2014, almost single-handedly. He recently bought the biggest newspaper in Nevada and made them change their editorial stance on legalization. He has been a longtime contributor to the GOP and conservative causes. And now Adelson has recently given another $1 million to defeat medical marijuana in Florida…again.

Of course, this begs the questions: what the f#%k is this guy’s problem? What makes a man donate so much money to the effort of keeping sick people from having the choice of cannabis as medicine? Their are a few options to consider when seeking an answer to those questions:

There are other possibilities, but these are the more plausible ones. So, which is it? This is mere speculation of course, but I’m going to go with a lot of #2 with some of #3 mixed in.

In the end, of course, the reason doesn’t matter; the result is the same. Adelson fuels anti-legalization forces with cash, which keeps sick people from being able to legally obtain medical cannabis. And if you’ve ever spent money at The Venetian, Sands Macao, The Palazzo, The Venetian Macao, Sands Expo and Convention Center, The Plaza Macao/Four Seasons Macao, Sands Bethlehem, Sands Cotai Central, Marina Bay Sands, The Parisian Macao or ever bought an edition or subscription of the Israel Hayom or the Las Vegas Review-Journal, then you’ve helped him do it.

Only one thing can slow the momentum of marijuana legalization: money. The Grim Reefer has a lot of it and it seems that he plans on putting that money to use.

Marijuana Legalization and The Crisis of Clemency in Missouri