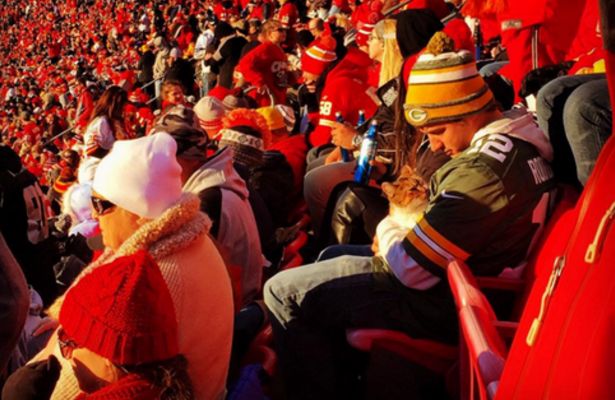 This feline may have been the first of its kind to watch a Chiefs game, after his owner smuggled him in under his coat. The picture is cute but raises questions. What kind of security are they running there? Questions of waste disposal also come to mind, as the stadium doesn’t offer litter boxes. None the less, everything seems to have worked out. I’m sure the cat was thrilled to see a football game.

What do you think of the photo?

We’ve heard from a fan at the stadium: “I talked to the guy at the game. He said he brought it in under his jacket he was wearing. Like most stadiums when it’s cold out, they aren’t patting you down and strip-searching you. People routinely sneak alcohol, and many other things, in undetected.” So there you have it. Heck of a gamble by the cat owner, but good news for the cat, which of course wouldn’t show up in a metal detector. 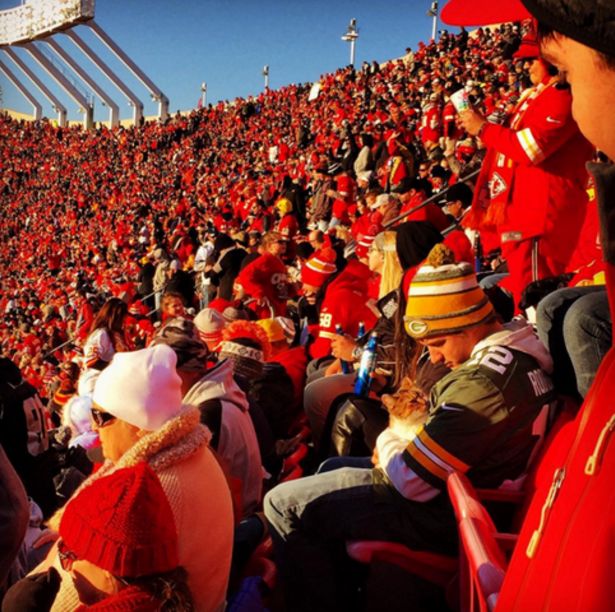