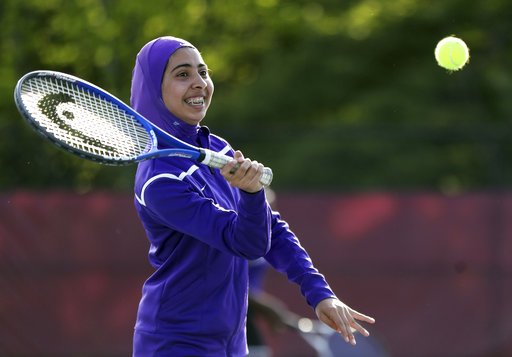 Deering High School in Portland, Maine, announced that it would begin providing Muslim girls who play sports hijabs so they can play while still representing their faith, CBS News reported Thursday.

High school officials chose to give all Muslim athletes lightweight sports hijabs in an effort to make them feel more comfortable and increase the overall desire to participate. Asiya, the company that manufactures the headwear, says that the school is the first in the U.S. with whom they have done business.

The idea materialized when the school’s athletic director, Melanie Craig, first heard about the product.

“Our kids know that, when they come through our doors, they’re safe, they’re honored and we honor individuality,” Craig said. “This was one way we could do it.”

Some nations like Saudi Arabia place strict limitations on female Muslim athletes, causing American Muslims to praise this decision as a breakthrough.

Co-captains of the tennis program Liva Pierce and Anaise Manikunda started a fundraiser for the garments, raising more than $800 online and buying a total of 25 hijabs for all Muslim athletes at Deering High.

“If there’s something that we can do to make our teammates feel more comfortable, then why not just do it,” Pierce said.

Craig said that she believes the lack of sports hijabs prevented Muslim students from trying out. With proper headwear, she added that she is “hopeful this does encourage more Muslim female athletes to participate.”

“There are some people who actually care, respect and love others, and they are actually accepting of others, which makes me really happy,” said sophomore tennis team member Tabarek Kadhim, who was born in Jordan but moved to Maine four years ago.

According to the Pew Research Center, there are more than 610,000 Muslim women under 20 in the U.S., leaving an opportunity for Asiya to command the market.

Nike also announced that they will market a sports hijab next year. 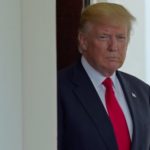 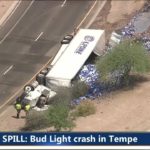 Semi-Trailer Tips Over, Dumps Beer All Over Arizona Highway