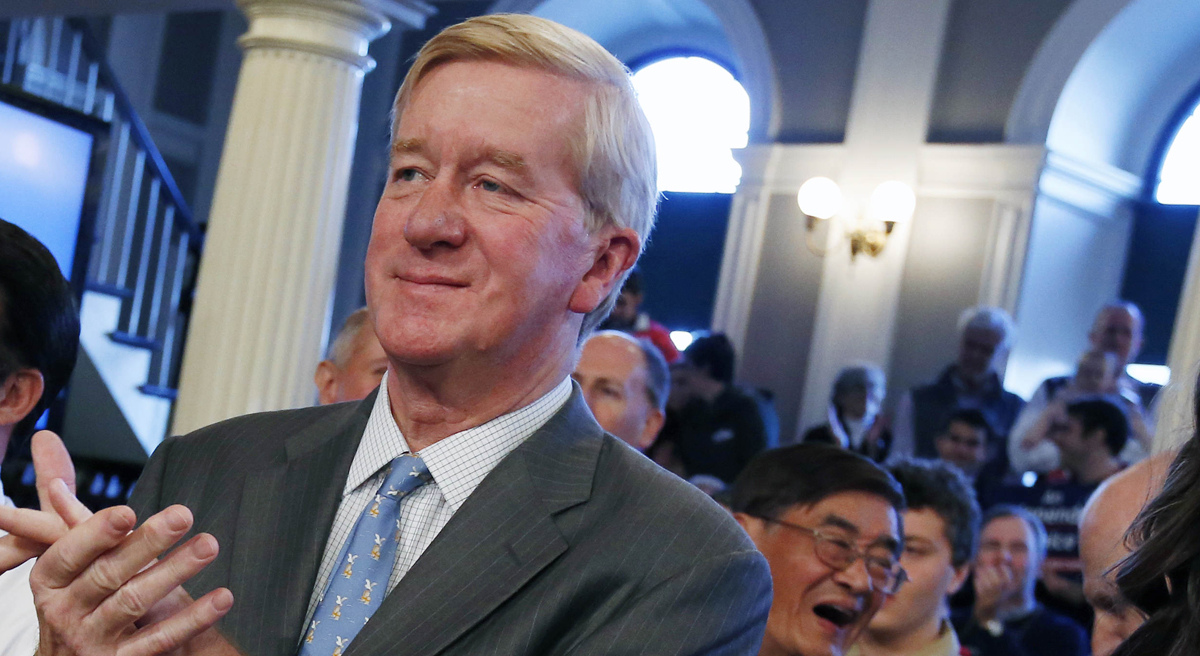 On Sunday afternoon, libertarians were aghast at the news reported by Carl Bernstein (the author of A Woman in Charge: The Life of Hillary Rodham Clinton) of CNN that Libertarian vice presidential nominee William Weld would withdraw his candidacy and endorse Hillary Clinton. There’s just one problem: these rumors ended up being completely false.

Even in the original statement by Bernstein, there appeared to be no mention of facts substantiating such an allegation. He simply stated that he “believed” that Weld did not want to be another “Ralph Nader” and that Weld may soon realize that his running mate is a “flake,” referencing his misspeaking on Aleppo. Bernstein went on to call the LP ticket a “joke” based upon Gary Johnson‘s use and promotion of marijuana. He concludes that Weld has the opportunity to become “relevant” again and be a “hero” by endorsing Clinton.

Is it possible that Clinton biographer Bernstein was attempting to sway a false narrative to discredit the Libertarian Party? Perhaps. Nonetheless, even with his “breaking news” report seemingly based purely on speculation, many libertarians across social media platforms expressed perverse joy at “being right” about the “fraud” Weld. Therefore, with the opportunity to stand with a Libertarian candidate and against an unsubstantiated false narrative, many did not think twice about siding against Weld. This was in large part due to a degree of confirmation bias. Many libertarians have speculated that Weld is too soft on his former colleague Clinton, as he sticks to differences in policy rather than personal attacks on the former Secretary of State.

Following this turn of events, a 2015 quote from Ron Paul comes to mind. While Rand Paul campaigned for president, many libertarians enjoyed the potshots against the younger Paul on not being “libertarian” enough. The elder Paul said very succinctly:

I know the media likes to play this little game where they pit us, or certain views, against each other. Don’t fall for it. They’re trying to manufacture story lines at liberty’s expense. You’ve spent years seeing how the media treated me. They aren’t my friends and they aren’t yours.

Particularly in the next two months, libertarians must find a way to get over a seeming infatuation with self-destruction. There will be policy differences among any and all libertarians. However, we must bind together and embrace our many similarities rather than our few differences. When the media attempts to attack libertarians (or Libertarians), lovers of liberty must stand tall and not play into the media’s hands. As former Congressman Paul said, the media cares little about promoting liberty. While they may put themselves forward as “friends,” heavy skepticism must always be employed.

Johnson and Weld are likely to be the most successful Libertarian ticket ever. Both are owed a serious degree of gratitude for the work they have done for the future of the movement. While both are of course subject to criticisms when deserving, minor differences in ideology are no reason to tear these men down. If the Libertarian Party does ever reach “major party” status, thus effectuating serious policy changes, history will show that it began in 2016. In the meantime, libertarians must not allow quibbles among themselves to prevent any such positive movement. Furthermore, they certainly must not trust any entities outside the movement to have the best interests of liberty in mind.

Study: 0.00000001% Chance of Being Killed by Illegal Immigrant Terrorist