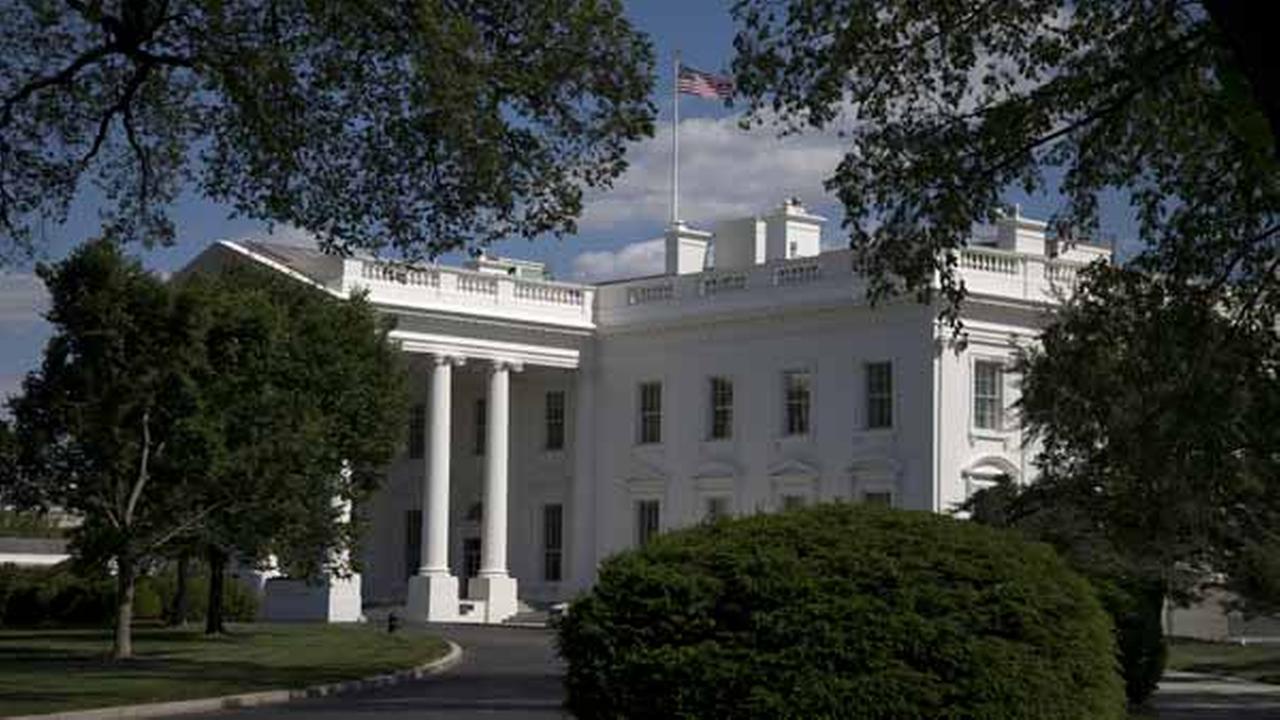 This piece is satire.

NATIONAL HARBOR, MD – It’s no surprise that certain media outlets have received criticism from President Trump. Attacks during campaign season, as well as recent criticisms of the President’s policies and executive orders have likely been the fuel for Trump’s media hating fire. A source close to the President said “If he could he’d rather burn fake news reporters instead of books…but he’s sticking with books for now.”

Large left-leaning media outlets such as CNN and The New York Times were banned from a White House press conference earlier today. The Overton window would suggest that this slippery slope will soon turn into a regular occurrence.

Among the media outlets that have been journalistically castrated by the white house are wildly popular libertarian publications The Libertarian Republic, Liberty Hangout, and Liberty Viral. They were banned from today’s white house briefing as well.

Of course, you’d never know it because these three publications were also banned from the articles naming the media outlets that were banned.

“This is a shame for our readers. We work tirelessly to put our lighthearted, yet informative pieces to advance liberty and be included in the list of exclusions. Being left of the list of excluded media is a ‘big league’ mistake.” Grant Deltz said in letter to Liberty Viral’s subscribers. Trump responded via Twitter.

When Kody Fairfield, Editor-in-chief of The Libertarian Republic, was asked about the matter he said “It doesn’t make sense. I understand being banned from the white house for doing unbiased journalism, but to be banned from the list of banned media outlets…that’s a real punch in the gut. Well, Trump is banned from TLR in that case then. That’ll piss him off.

When hearing of his ban from TLR Trump took to Twitter.

Keith Doiron, founder of “The J3BOLUTION” and Chairman of the Please Clap Foundation can’t believe it either, telling us in a text message “I’ve clapped for many things before that weren’t necessarily popular at the time, but I just can’t clap for this…not even if Jeb! asked me to. Let’s just say that Jeb Bush won’t ban those three groups when he’s President in 2020.”

President Trump initially denied our requests for comment but then tweeted out the following. 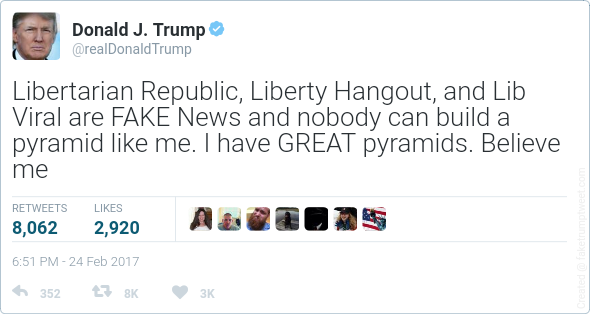 Justin Moldow, founder of Liberty Hangout, had this to say about the sneak diss. “It’s a total shock to me. On his helicopter he specifically told me that Liberty Hangout would never be excluded from briefings and press conferences. He said that right to my face…on his helicopter. Now, I’m about to take him for another helicopter ride.”

While libertarian media outlets are hoping to be able to once again gain access to the White House, this tweet from “The Cheeto King” isn’t promising:

This piece is satire.