New data released from the United States Border Patrol shows that marijuana seizures along the border have fallen to their lowest level in a decade, indicating that the illegal supply of cannabis coming from Mexico into the U.S. is on the decline.

So what happened? Why would the cartels be sending less marijuana into the United States? Of course, we all know what happened over the past few years: legalization.

With over 20 states allowing medical marijuana and 4 states plus Washington, D.C. legalizing for recreational purposes, the need for black market marijuana from Mexico to meet U.S. consumer demand has been reduced. Not only is more legal supply available, it is often of better quality than the bricks coming out of Mexico.

These factors have combined to drive down the price of cannabis from Mexico by more than 50% in some areas. Faced with lagging profits, the cartels have backed off cannabis and have moved on to other, harder drugs.

Less money for black market criminals will lead to less violence. As profit comes down, so too does willingness to take risks. This is one of the major advantages of legalization: driving the cartels out of the marijuana business, something the drug war could never hope to accomplish.

Who will battle the cartels? The free market! 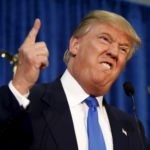