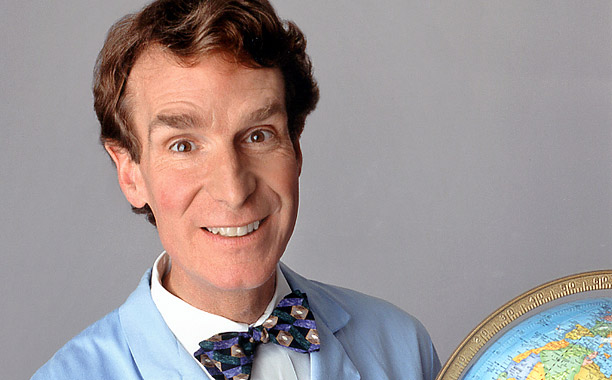 Science Denial Is Not Exclusive To Right Wing Fundamentalists

In a column for Scientific American January of last year, Michael Shermer, the founder of The Skeptics Society, exposed what he calls “The Liberals’ War on Science.” Shermer observes that, while it is true that Republicans are more overwhelmingly opposed to well-established scientific consensus like anthropogenic climate change theory and evolution, the problem of science denial also reaches epidemic proportions on the left.

“Try having a conversation with a liberal progressive about GMOs—genetically modified organisms—,” Shermer writes, “in which the words “Monsanto” and “profit” are not dropped like syllogistic bombs.”

Taken only at face value, this seems fairly innocuous– and critics like Chris Mooney were quick to point out, correctly, that science denial is predominantly right-wing.

Fair enough, but I offer this riposte: Rick Santorum and his ilk don’t teach science.

Discovery News, on the other hand, does– and in June, they posted a YouTube video by Laci Green, a popular online social justice advocate, feminist and peer sex educator, about genetically modified organisms.  In this video, Laci doesn’t explicitly state her own opinion with regard to whether or not genetically modified foods are safe, choosing instead to present arguments for and against, with a heavy bias against, ending by asking viewers to post their thoughts on the matter in the comments section below the video.

This is a clear example of “false balance,” a tendency for media to overstate controversy in scientific matters.  Fox News has been criticized for this because their coverage of climate science greatly over-represents those who disagree with anthropogenic global warming theory while there is a strong consensus among climate scientists that the theory is correct.  As it happens, there is a similarly strong scientific consensus on the safety of genetically modified foods, but Laci conveniently ignores it for the sake of manufactured controversy– and she’s not alone.

SciShow, hosted by Hank Green, is a YouTube channel with over 1.5 million subscribers devoted to discussing scientific topics.  Last year, Hank posted a video wherein he discusses genetically modified organisms– what they are, why they exist, how they’re made, etcetera– which included some cherry-picked information and outright fabrications about the supposed dangers of genetic modification, in spite of the existing scientific consensus to the contrary.  It was later removed, and re-uploaded by another YouTube user— in the comments section there, Hank explains “We dropped it because we cited studies that have since been discredited.”

But Hank and Laci Green are just a couple of online personalities– No real harm, right?

Enter Bill Nye “The Science Guy.”  Bill has been, for the most part, strongly against science denial– he has spoken against teaching creationism to children as well as climate change denial, but oddly, he breaks form when the topic is genetically modified organisms.

Let that sink in for a moment– perhaps the most well-known science popularizer alive, Bill Nye, trying to scare people into thinking GMOs are harmful.


That’s a far cry from some preacher doing the same thing because it conflicts with his religious dogma.  It’s science education programming being used to spread pseudoscience, and the consequences could be devastating.

Golden rice, a genetically engineered rice which is rich in beta carotene, was developed to help curb vitamin A deficiency in the third world, and has been shown as effective as beta carotene in oil at providing vitamin A.  If policy or activism regarding genetically modified foods were to be based on the anti-science fear-mongering of people like Bill Nye, it would hinder efforts to stave off the ailments caused by micronutrient deficiency in the third world.

According to statistics compiled by UNICEF, this includes 1-2 million deaths annually of children 1-4 years old that could be averted by improved vitamin A nutritive.

This is the same Greenpeace, by the way, which cites the broad and overwhelming scientific consensus that exists on the subject of climate change in support of their environmentalist views.  Science, it seems, only matters when the conclusion is agreeable.

Science denial also seems to have been quite successful legislatively as of late, with Kauai and Hawaii’s Big Island each passing their own anti-GMO bills, heavily Democratic Portland, Oregon voting against fluoridation in its water, and about 20 states last year considered GMO labeling mandates, with Connecticut Governor Dannel Malloy, a Democrat, signing one into law.

This is all in addition to the fact that the US Department of Agriculture’s “organic” certification prohibits the use of genetically engineered crops– and “organic” food is a 63 billion dollar industry worldwide, with the US its biggest market.

Furthermore, several countries ban or heavily regulate GM crops, which is often cited as a reason the US should institute such regulation– a sort of pseudoscience positive feedback loop.

Mind you, none of this is to say that the issue I have been giving the most focus– genetic engineering– doesn’t have a large body of science deniers on the right.  Rather, the fact that the “pro-science” left has anti-science voices in its midst lends undue credibility to those issues.  This is not thousands of years of religious tradition being contradicted by relatively recent scientific discovery, it’s pure organic bullshit, and it is, right now, costing lives.