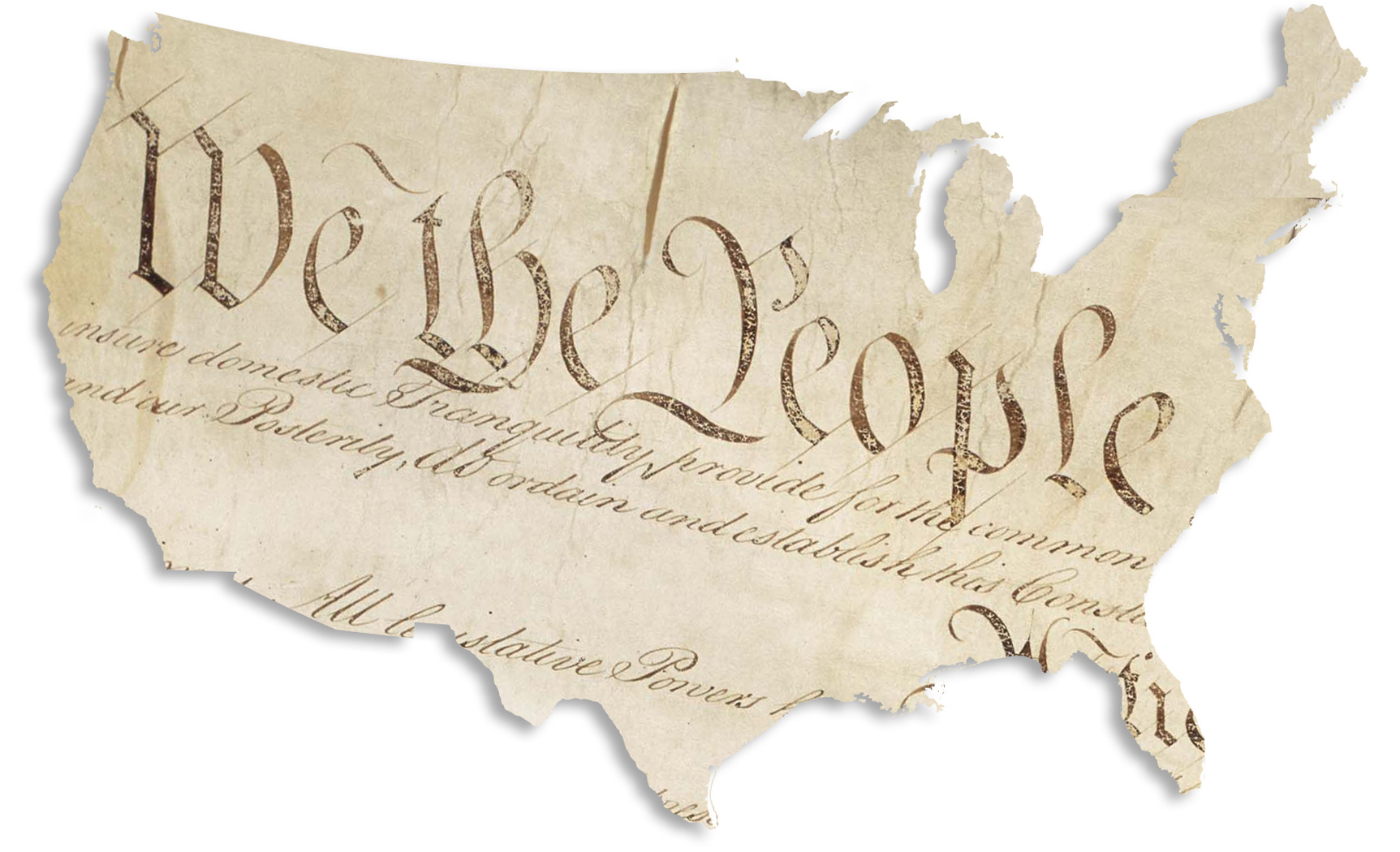 The Constitution was designed to protect natural rights and individual freedoms. However, it is also very flawed. These are the top ten least libertarian things about the Constitution:

Throughout the history of Supreme Court cases, no portion of the Constitution has been used to permit government intervention as much as the Commerce Clause. Article I, Section 8, Clause 3 gives Congress the power to “to regulate commerce with foreign nations, and among the several states, and with the Indian tribes.”

Although seemingly innocent enough, this has been used to justify nearly every expansion of the state. This is because courts have determined that the clause means that Congress (and government in general) have power to regulate not only the “channels and instrumentalities” of interstate commerce, but also anything “related to” interstate commerce. As it turns out, this means literally everything falls under the jurisdiction of the Commerce Clause.

Only two Supreme Court cases since 1937 (United States v. Morrison and United States v. Lopez) have ruled that Congress read the clause too expansively in granting itself power. Otherwise, the government has had free rein in using the Commerce Clause in enacting its agenda. Perhaps most infamously, in Wickard v. Filburn, the Court ruled that the clause gives government the power to demand that farmers burn their own crops, as these activities provide a “substantial effect” on commerce. 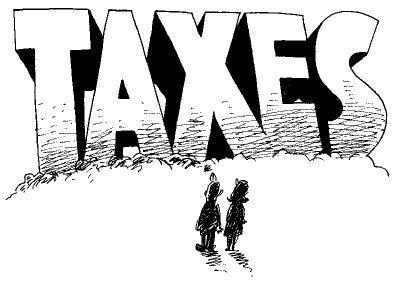 Article I, Section 8, Clause 1, states that:

After several decades of employing income taxes to finance wars, the United States ratified the Sixteenth Amendment in 1913, thus allowing for a permanent federal income tax. Most importantly, this altered the requirement above that any taxes need to be “uniform,” as the federal income tax is graduated based upon earning levels. Of course, most libertarians realize the issues with such a tax—it punishes those who earn the most, and more generally, steals earnings from those who have worked for it. Additionally, the federal tax is in addition to any state and local taxes.

While over the past one hundred years there have been numerous efforts to reform the tax code, little headway has been made. What was once a fairly simple process has now developed into a complex labyrinth of bureaucratic nonsense. Because of this, not many Americans can know for sure if they’ve even completed their income tax return accurately, thus leaving open the possibility of prosecution if the government so wishes.

Article I, Section 8, Clause 16 reads that Congress has the power:

To make all Laws which shall be necessary and proper for carrying into Execution the foregoing Powers, and all other Powers vested by this Constitution in the Government of the United States, or in any Department or Officer thereof.

As one can easily see, this very broad power greatly expands the discretion of Congress to do as it sees fit. Accordingly, courts have used it to justify many expansions of government. Perhaps most notably, in McCulloch v. Maryland, the Supreme Court ruled that the clause justified the existence of a national bank, and that states could not tax such an institution:

We admit, as all must admit, that the powers of the Government are limited, and that its limits are not to be transcended. But we think the sound construction of the Constitution must allow to the national legislature that discretion with respect to the means by which the powers it confers are to be carried into execution which will enable that body to perform the high duties assigned to it in the manner most beneficial to the people. Let the end be legitimate, let it be within the scope of the Constitution, and all means which are appropriate, which are plainly adapted to that end, which are not prohibited, but consistent with the letter and spirit of the Constitution, are constitutional. The Congress shall have Power To lay and collect Taxes, Duties, Imposts and Excises, to pay the Debts and provide for the common Defence and general Welfare of the United States.

As with the Necessary and Proper Clause and Commerce Clause, this grants to Congress a very broad interpretation of its power. Further, courts have interpreted that taxing and spending power to extend to almost any project which Congress wishes.

In very recent memory, the Supreme Court upheld the constitutionality of “ObamaCare” based on the Congressional power to tax and spend. Said the Court:

The Affordable Care Act’s requirement that certain individuals pay a financial penalty for not obtaining health insurance may reasonably be characterized as a tax. Because the Constitution permits such a tax, it is not our role to forbid it, or to pass upon its wisdom or fairness.

5. The Bill of Rights in General

At the time of the ratification of the Constitution, there was some debate over whether there should be a Bill of Rights. While to most modern Americans (and indeed, libertarians), this may seem like a no-brainer, there is some reason to believe that the Bill of Rights has been detrimental to liberty.

Alexander Hamilton opposed the idea at the time, believing that (as explained by Jimmy Sengenberger of Liberty Day Institute):

First, numerous protections of rights were already contained in the document. For instance, religious tests for office are forbidden, the insinuation being that individuals have the right to practice their own faith. Also, the writ of habeas corpus can only be suspended during a time of rebellion, and all people, according to the original Constitution, have the right to a trial by jury.

Second, Hamilton argued that the specific enumeration of the government’s powers removed the need for new safeguards against what it already did not have the power to do.

Hamilton’s most significant argument, however, was that bills of rights “are not only unnecessary in the proposed constitution, but would even be dangerous.” In his mind, if the government is prohibited from doing certain things but isn’t prohibited from doing everything it isn’t expressly told it can do, then the danger is in its implications. That is, the government can then do anything it’s not expressly forbidden to do.

A few centuries later, Hamilton seems prescient, particularly in the third point. Though government has been mildly restrained by some constitutional provisions, the Supreme Court rarely pushes back against the state. Perhaps the creation of a Bill of Rights helped to empower government in its excesses.

The Fifth Amendment states that private property shall not be taken for public use without just compensation. Though seemingly created as a defensive measure, it has come to often be used offensively. That is, rather than suggesting (as originally intended) that in the rare event land is taken for a significant public purpose, government must adequately compensate the victim, the provision has been read to empower government to take land just as long as they offer just compensation. Needless to say, this violates the central tenets of property and contract.

This is even before taking into consideration the case of Kelo v. City of New London, which empowered government to take land for private development. In that case, the Court stated that the governmental taking of property from one private owner to give to another in furtherance of economic development constitutes a permissible “public use” under the Fifth Amendment. Though many states soon enacted safeguards to protect against such abuses, the precedent remains on the books.

The Eighteenth Amendment to the United States Constitution placed a prohibition on alcohol in 1920. The ban remained until its repeal with the passage of the Twenty-first Amendment in 1933. Unfortunately, this prohibition is considered an abysmal failure by most, as alcoholism, crime, and deaths all skyrocketed as a result of “moonshining” and trafficking of alcohol. This is because, of course, the booze business did not disappear in 1920—it only went underground. This resulted in a much more dangerous environment.

Nonetheless, the country has seemingly not learned its lesson less than a hundred years later, as the war on drugs mirrors the prohibition era in nearly every way. As drug dealers become wealthier and more Americans are put behind bars, very little has been done to cure the problem through a coherent rehabilitation strategy.

The three-fifths clause of the Constitution is located in Article I, Section 2, Clause 3. It states that:

Representatives and direct Taxes shall be apportioned among the several States which may be included within this Union, according to their respective Numbers, which shall be determined by adding to the whole Number of free Persons, including those bound to Service for a Term of Years, and excluding Indians not taxed, three fifths of all other Persons.

In other words, slaves aren’t real people. Of course, this was effectively nullified with the passage of the Thirteenth, Fourteenth, and Fifteenth Amendments. Though extremely uncomfortable to confront, the legacy of slavery is easily one of the biggest stains on the formative period of the United States, including the creation of the Constitution. Libertarians consistently recognize the importance of equal protection under the law, and in that area, the three-fifths clause is anything but that.

Article VI, Clause 2 of the Constitution states that:

While seemingly straightforward on its face, this clause has the very negative effect of preventing states from experimenting with their own policies in various areas. Though Supreme Court Justice Louis Brandeis describes states as fifty “laboratories of democracy,” the federal government has the ultimate say in their policies. In recent years, this has become prevalent as states have legalized marijuana. Though this may be these states’ official policy on the controlled substance, the federal government retains the power to enforce federal law, if it so wishes, thanks to the Supremacy Clause.

The judicial Power of the United States, shall be vested in one supreme Court, and in such inferior Courts as the Congress may from time to time ordain and establish. The Judges, both of the supreme and inferior Courts, shall hold their Offices during good Behaviour, and shall, at stated Times, receive for their Services, a Compensation, which shall not be diminished during their Continuance in Office.

The “during good Behaviour” clause has been deemed to anoint Justices with life terms on the Supreme Court. At the time of the creation of the Constitution, this was not as much of a foreseeable issue. However, it has certainly become more troublesome in the aftermath of Marbury v. Madison, wherein the Court granted itself the power of judicial review. Due to this power, the Supreme Court can now effectively legislate and wield as much (if not more) political power than either the legislative or executive. Nonetheless, they remain on the Court for life. Therefore, the sole means of recourse against a Justice is impeachment. The only Supreme Court Justice to have ever been impeached was Samuel Chase in 1804. His acquittal in 1805 only further emboldened the judiciary.

LA Waters Fake Grass While Fining People For Their Water Use