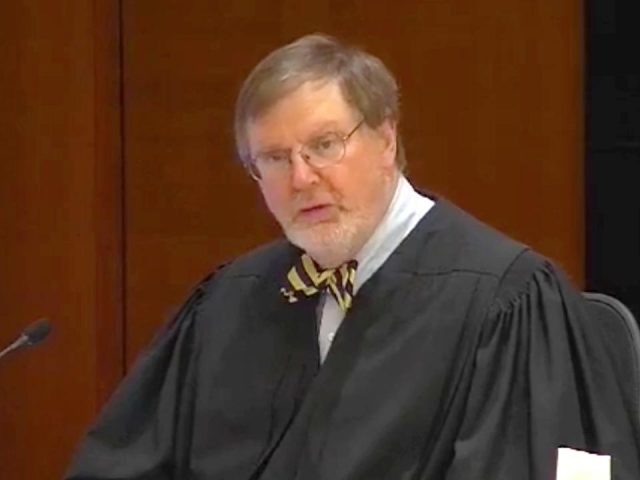 The federal judge who who ruled President Trump’s immigration ban must be temporarily stopped Friday made national headlines last year when he declared “Black Lives Matter” from the bench.

U.S. District Judge James Robart, a George W. Bush appointee, recited the mantra while presiding over a case regarding the implementation of new police practices in Seattle. It was the first time a federal judge officially supported the activist group from the bench.

The city’s police department had been accused of using excessive force that fell disproportionately on non-white residents, and had agreed to make changes in order to avoid a federal lawsuit. But the police union had been holding up implementation of the changes, because they required modifications to their current contracts, and required extensive negotiation to move forward.

Robart lashed out at the union in an August hearing. “The court and the citizens of Seattle will not be held hostage for increased payments and benefits,” he said. “I’m sure the entire city of Seattle would march behind me.”

He then explicitly brought up the Black Lives Matter movement, citing incorrect statistics on police shootings that got the percentage of the population that is black wrong, before declaring: “Black lives matter.” His remarks reportedly stunned the courtroom, and some present were audibly shocked at his expression of support for the movement.

Trump lashed out at Robart on Twitter Saturday morning in the wake of the injunction ruling, referring to him as a “so-called judge” who is taking away the country’s ability to defend itself.

“The opinion of this so-called judge, which essentially takes law-enforcement away from our country, is ridiculous and will be overturned!” he tweeted.