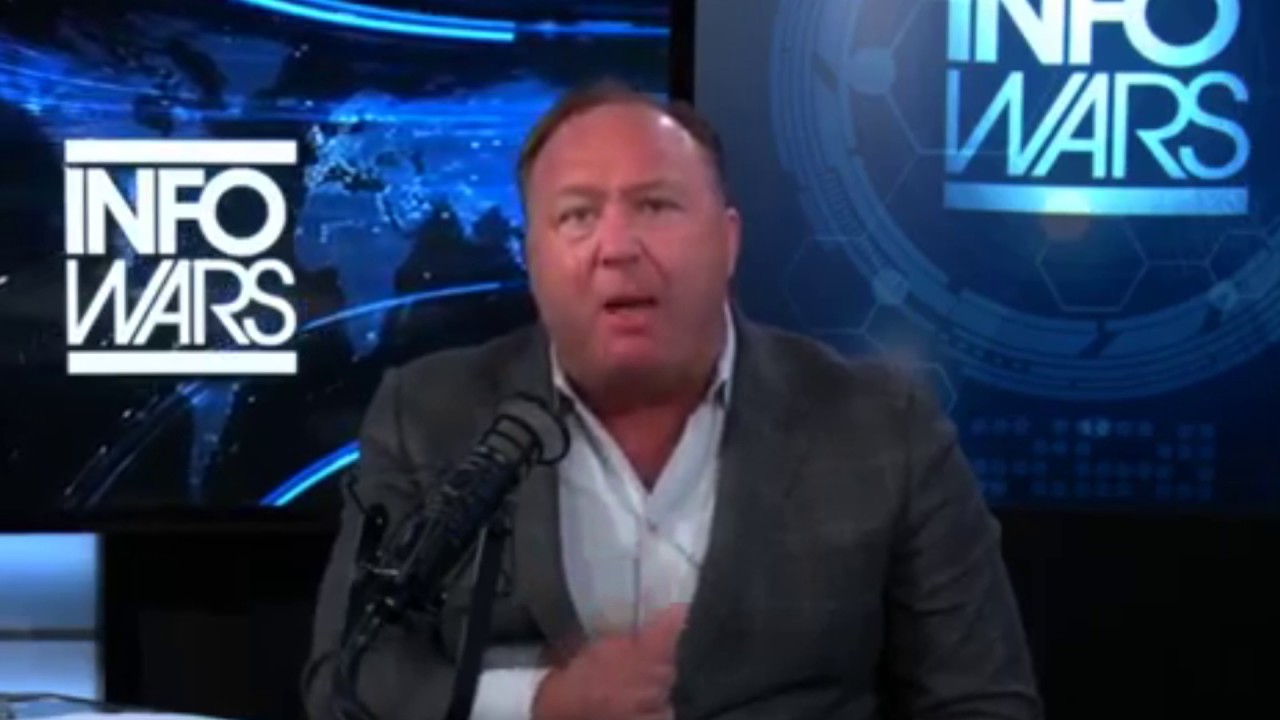 Could Infowars‘ head honcho have finally run his mouth too far?

An attorney with expertise in federal law, has said that conspiracy theorist and Trump ally Alex Jones’ threats appear to break a federal law, U.S. Code Title 18, Section 115, which makes it illegal to threaten to assault a U.S. official and provides a penalty of up to six years in prison, reports Newsweek.

Jones, who publicly threatened to “beat” Rep. Adam Schiff (D-CA) and telling Schiff to “fill your hand”—a reference to taking up a pistol, said Newsweek.

“I do think that the combination of Jones’s comments would amount to a threat,” says Amanda Berman, director of legal affairs with Lawfare Project, according to Newsweek. “It seems to be a clear provocation. Ultimately, the question would have to be put to a judge or jury, but I think there is a legal basis for a conviction based on Jones’s threat, which was made ‘with intent to impede, intimidate or interfere’ with Congressman Schiff’s exercise of his duties as the ranking member of the committee investigating the connection between the Trump campaign/administration and the Russians.”

After reviewing the transcript, Berman says it’s clear Jones indicated an intent to harm, under the law. “Regardless of the qualifying language ‘get in my face with that,’ Jones challenges the congressman to arm himself for a physical altercation—‘fill your hand’—and suggests that if the two ever ‘faced off,’ which could mean that they were simply in the same room together, the congressman would be assaulted. Jones says that ‘the gloves are off’ and that he [Jones] was the victim of the congressman’s ‘fighting words,” concluded Berman, according to Newsweek.

Schiff has likely become a target of Jones simply because of the fact that he is the ranking Democrat on the House Intelligence Committee, which is investigating possible ties between the Trump campaign and Russia. Schiff has said there is “more than circumstantial” evidence of collusion between Trump associates and Russia, explained Newsweek.

Jones’ rant came on an episode, which Newsweek noted was uploaded on March 30, 2017, and is called “Watch Live Now! Plan to Assassinate Trump Leaked,” and beyond the comments about Schiff, also contained other off color remarks.

“I’m not against gay people. OK. I love them, they’re great folks. But Schiff looks like the archetypal cocksucker with those little deer-in-the-headlight eyes and all his stuff. And there’s something about this fairy, hopping around, bossing everybody around, trying to intimidate people like me and you, I want to tell Congressman Schiff and all the rest of them, ‘Hey, listen, asshole, quit saying Roger and I’—and I’ve never used cussing in 22 years, but the gloves are off—‘listen, you son of a bitch, what the fuck’s your problem? You want to sit here and say that I’m a goddamn, fucking Russian. You get in my face with that, I’ll beat your goddamn ass, you son of a bitch. You piece of shit. You fucking goddamn fucker. Listen, fuckhead, you have fucking crossed a line. Get that through your goddamn fucking head. Stop pushing your shit. You’re the people that have fucked this country over and gangraped the shit out of it and lost an election. So stop shooting your mouth off claiming I’m the enemy. You got that you goddamn son of a bitch? Fill your hand.’ I’m sorry, but I’m done. You start calling me a foreign agent, those are fucking fighting words. Excuse me.”

Neither Alex Jones, nor the spokesman for the U.S. Attorney’s Office for the Western District of Texas have commented on the issue, reports Newsweek.

No, Garland Was Not Robbed of Seat on Supreme Court