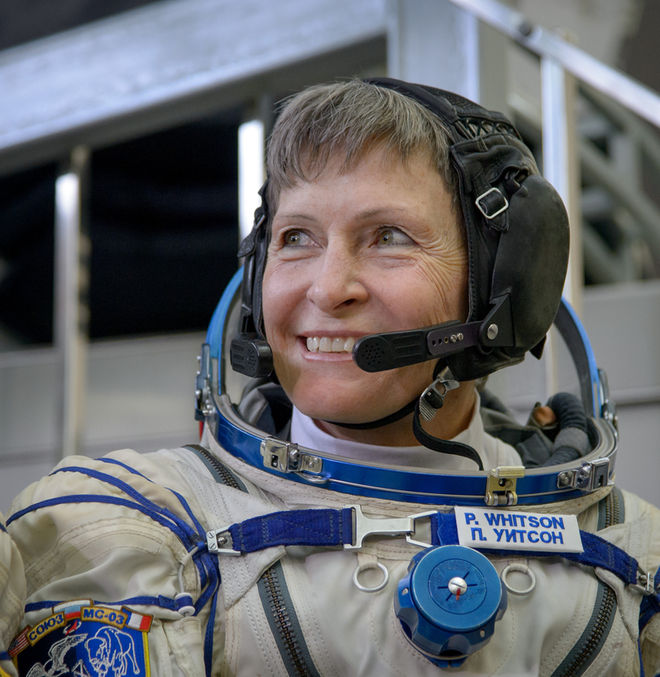 U.S. astronaut Peggy Whitson is set to smash a galactic record by spending 535 days in space.

On April 24th, Whitson will break the previous the NASA record of 534 days in orbit over an astronaut’s entire career. Whitson extended her stay on the International Space Station (ISS) by three months. This is Whitson’s third long-duration stay on the space station.

“This is great news,” Whitson said in a NASA press statement. “I love being up here. Living and working aboard the space station is where I feel like I make the greatest contribution, so I am constantly trying to squeeze every drop out of my time here. Having three more months to squeeze is just what I would wish for.”

In 2008, Whitson became the first woman to command the ISS. She also holds the NASA record for most spacewalks by a woman.

Thirteen Russians have spent more time in space than Whitson. The world record of 879 days in space is currently held by Russian cosmonaut Gennady Padalka.

NASA has not launched an astronaut into space without the help of the Russians for the last five years, forcing the U.S. to pay Russia $71 million dollars per astronaut lifted to the ISS. Russia has repeatedly threatened to block American access to the $150 billion station in response to U.S. sanctions. America paid for 84 percent of the costs associated with building the ISS.