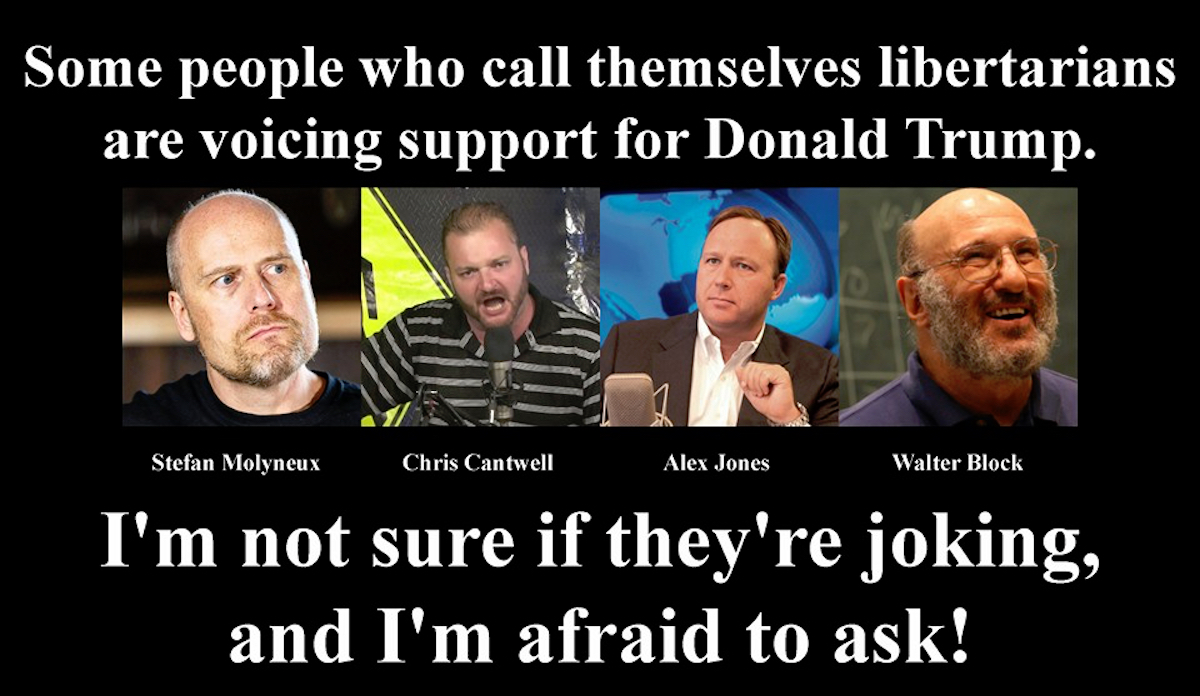 It doesn’t take much digging on Infowars.com these days to realize that Alex Jones and his team of borderline manic, Donald-worshiping fanatics is damaging and further discrediting the Liberty Movement. Thankfully, Jones has alienated himself so far away from the ideals of liberty since Infowars’ original inception that it doesn’t require much convincing to realize he and his coalition are anything but helping true lovers of liberty. If you need a reminder of just how crazy this guy’s commentary has become, feel free to enjoy some of his recent antics.

What in the living hell did I just watch? pic.twitter.com/nPq7a1w4Cx

While Alex has certainly made a name and career out of his coke-head like tirades and infamous Infowars water filters and male-enhancement commercials, it has come at a costly expense, turning away many intellectuals actually interested in the ideals of Liberty. They realize Jones offers nothing more than mainstream media-styled fear-mongering at a desperate attempt to gain more followers and attention.

Similar to Alex Jones, we can point to other “shock” artists within the Liberty movement who serve no real purpose other than to gain more followers, even if that means completely trashing the Liberty movement itself. Christopher Cantwell is perhaps the most notorious example of this. Although just a little-league figure amongst this “basket of deplorables,” Cantwell has made himself most famous for openly admitting to tweeting out an inappropriate photo of a woman, in which he did not receive consent nor even attempted to do so. While this in itself should question this guy’s motives, he has also been quoted saying “No, I’m not going to treat women with respect. I’m going to treat women like the f***ing whores that they are until they f***ing act right. That’s what I’m going to do.”

I think it’s time for the Liberty Movement to take a good long look in the mirror and ask ourselves who exactly do we want to be attached to moving forward. I can promise you, associating with nihilist dirt-bags like Christopher Cantwell and Alex Jones, our chances of winning the hearts and souls of the American populous is slim to none.