The Obama administration’s stimulus program spent more than twice as much money paying for energy efficiency audits for homeowners than the audits generated in savings, according to new research.

The program, created as part of the 2009 stimulus bill, did not generate the expected savings or significantly reduce energy use. The measures were projected to save 2.5 times more financial value than they actually did.

“This study confirms past studies finding that the costs of some residential energy efficiency programs exceed their benefits,” Dr. Michael Greenstone, director of energy at the University of Chicago who co-authored the research, said in a research summary.

The subsidies paid a consultant to conduct “energy audits” where an inspector told homeowners how to decrease energy usage to bring down their bills and reduce greenhouse gas emissions. Very few homeowners actually took the audit’s recommendation, even when government programs directly paid them to be audited and subsidized the costs of improvements.

The program also did not have the anticipated positive environmental impacts, generating only $0.20 in environmental benefits per subsidy dollar spent. The study concluded that when all benefits had been calculated, the auditing program had a negative rate of return of roughly 4 percent.

The 2009 economic stimulus provided $17 billion for energy efficiency programs, according to the research, but the study was only able to examine a small fraction of these. Greenstone and other researchers examined more than 100,000 households benefiting from two large energy auditing programs in Wisconsin from June 2012 to February 2013.

The two Wisconsin subsidy programs examined were funded by $2.4 million and $732,000 in federal grants that were part of the Energy Efficiency and Conservation Block Grant program. The program’s funding was boosted as part of the American Recovery and Reinvestment Act, enacted by the Obama administration in 2009, receiving $3.2 billion in financing.

“Overall, instead of providing Wisconsin residents net energy benefits, the residential audit program evaluated had the opposite effect—the costs exceeded the value of the energy savings and the environmental benefits,” states Greenstone’s summary of the research.

Researchers found computer models regularly projected these subsidies would save way more money than they actually did. They only saved 58 percent of what computer projections predicted they should. 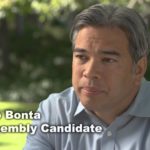