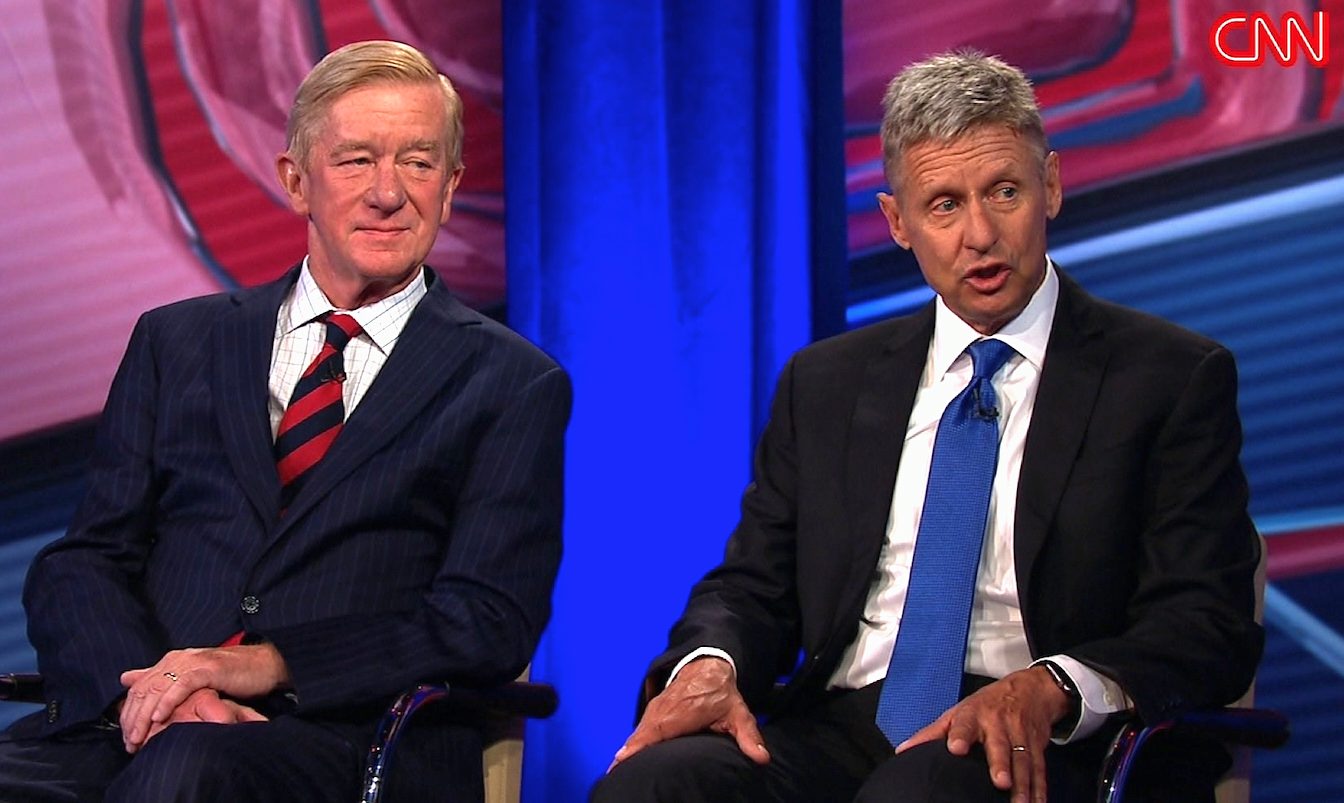 On Wednesday, Gary Johnson interviewed with USA Today Opinion Editor Bill Sternberg. Partway through, the interviewer began to pepper the Libertarian nominee over the “wasted vote” fallacy. The way in which Johnson responded may be his most devastating takedown of the campaign thus far—and followed by a broad, confident grin.

USA Today: So some of the recent polls show you attracting a lot of Millennial support, and taking away votes from Hillary Clinton. Are you comfortable with, if we get to late October, and you’re still in the sing—

USA Today: —and it’s still in the single digits, are, do you have a preference between Clinton and Trump?

USA Today: Now some people are comparing you with Ralph Nader, who in 2000, they say, drew enough support from Al Gore to elect George W. Bush—

USA Today: —what do you say about the spoiler label?

Johnson: —I reject that, reject it, reject it totally. I am giving people a first choice. I’m believing that everybody that is voting for me is voting for me on the basis of first choice. The fact that I have proven myself to be fiscally conservative over the top, socially inclusive over the top; stop with the bombs, stop with the support of regime change that has resulted in the mess that we have in this world. Support among active military personnel—I am the number-one choice among active military personnel. And then support for free trade, something that neither Clinton or Trump are supporting.

USA Today: There have been reports that your running mate, former governor Weld, is less sanguine about the prospect of a Trump presidency than you are, and would if push came to shove at the end of the campaign possibly endorse Secretary Clinton. Is that true?

Johnson: That is bullshit.

Watch below, with the blunt response coming from Johnson at about 4:20 of the video: