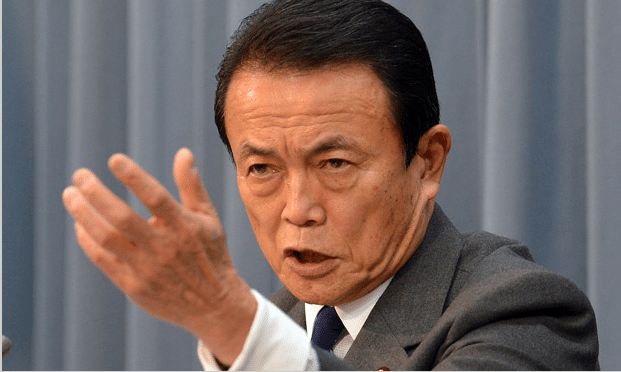 Tarō has had long-standing sympathy for Taiwan and their desire to remain sovereign from China.

These harsh words came following an interview with ‘CHO’ Official Bruce Aylward hanging up on a Taiwanese reporter and dismissing Taiwan as a Chinese territory. This is despite the fact that Taiwan has seen some reliable success in fighting COVID-19 that the ‘CHO’ could stand to learn from.

Bruce Aylward @WHO did an interview with HK's @rthk_news When asked about #Taiwan he pretended not to hear the question. The journalist asked again & he even hung up! Woo can't believe how corrupted @WHO is. pic.twitter.com/uyBytfO3LP

“In the segment, Ms Tong asks if the WHO [sic] would reconsider letting Taiwan join the organisation. She is met with a long silence from Mr Aylward, who then says he cannot hear her and asks to move on to another question.

Ms Tong presses him again, saying she would like to talk about Taiwan. At this point, Mr Aylward appears to hang up on her.

When the journalist calls Mr Aylward again, she asks if he could comment on Taiwan’s response to the coronavirus.

Since the time of this writing, a petition has surfaced on change.org calling for the resignation of the ‘CHO’ Director, which has garnered over 684,000 signatures.

The problem has nothing to do with Taiwan’s success in this pandemic, but because the ‘CHO’ is kowtowing to China’s position that Taiwan belongs to China, in which neither the UN or the ‘CHO’ will allow Taiwan admittance so long as they’re independent from China.

The initial reporting coming out of China has largely guided the ‘CHO’s recommendations. However, now long standing suspicions have been confirmed that China has been purposefully hiding their case and death count, according to the US intelligence briefing.

Anyone who has had their ear to the ground has known for a while that Chinese residents, particularly in Wuhan, do not believe China’s numbers – especially with crematoriums running 24/7 where they previously ran 4 hours at a time, 5 days a week.

The recent reports of stacks and stacks of thousands of urns outside of Chinese funeral homes appear to corroborate this.

As the COVID-19 cases in Tokyo appear to have started climbing, and fearing for their heavily aged population, Japan has now enacted entry bans from 73 countries including China, USA, South Korea, all of Europe, and many other Asian countries. Tokyo, in particular, is a lot like New York City (the largest COVID-19 hotspot in America), except Tokyo is much bigger and more densely populated. This is not encouraging, as we’ve seen bodies getting loaded into refrigerated trucks in New York.

The death of Japan’s beloved comedian Shimura Ken to COVID-19 has encouraged even the more careless youth to be more careful. They’ve learned quickly that the minimizing of the situation by the ‘CHO’, and their reluctance to call it a pandemic until it was already there was designed to try and save face for China.

For the Chinese, Political Warfare Is War by Other Means