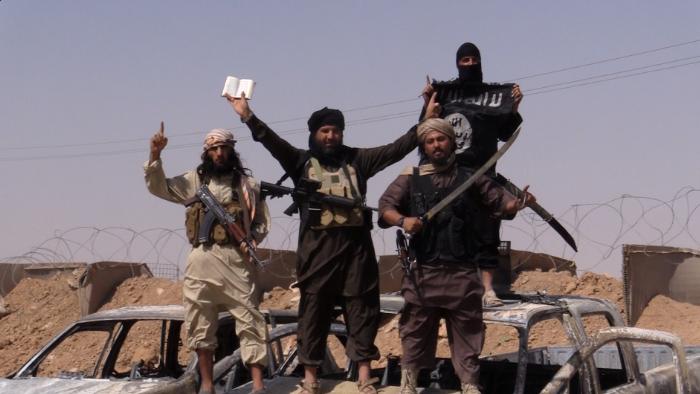 The Islamic State has set up an extensive bureaucracy that includes a ‘war spoils’ department with jurisdiction over slaves, documents seized in Syria by U.S. forces and reviewed by Reuters show.

One of the documents is a booklet that lays out rules on treatment of enslaved women captured from “infidels,” such as a mandate not to separate women from their children, although sex with the enslaved women is allowed. The booklet, “From Creator’s Rulings on Capturing Prisoners and Enslavement,” attempts to justify the rules by citing sayings of the Prophet Mohammad.

Other documents reveal a natural resources department, or “diwan,” that handles the exploitation of oil and ancient antiquities in a manner a State Department official described as “meticulous and data-oriented.” The bureaucracy governs its territory and fighters in Syria, Iraq, and Africa, in an apparent effort to bolster its claim to be a legitimate state.

U.S. special forces seized a trove of documents in a May raid of the compound of Abu Sayaff — a Tunisian in charge of ISIS oil and gas revenue. Sayaff was killed and his wife and captives were taken, along with between four and seven terabytes of data and other valuable information. Reuters has reviewed a tiny fraction of the documents, which reveal the hierarchical bureaucracy.

A letter from the Diwan of Natural Resources in November, 2014, explains why Sayyaf was put in charge of handling antiquities: “The reason being is that he is very knowledgeable in this field and that Abu Jihad al-Tunisi is a simpleton who can’t manage the division.”

The various department rules cover a range of issues, including rape of female slaves, the treatment of their children and whether a son can steal money from his dad for jihad.

“This really kind of brings it out,” Brett McGurk, President Barack Obama’s special envoy for the anti-IS coalition, told Reuters. “The level of bureaucratization, organization, the diwans, the committees.”

Study Estimates 400,000 Smokers Quit Thanks To E-Cigarettes In Just One Country