Islamic State Sharia leaders issued a fatwa, or religious ruling, setting out several guidelines detailing how and when an owner can have sex with his female sex slaves.

The fatwa was released in January by the ISIL (ISIS) Committee of Research and Fatwas and was translated by a U.S. government source, according to a Tuesday Reuters report.

The transcript goes into intricate detail as to the rules regarding what slave owners can and cannot do with their sex slaves, ranging from when it is acceptable for owners to have sex with the slaves and to whom the slaves can be sold. The fatwa was issued because “some of the brothers [ISIS fighters] committed violations in the matter of treatment of the female slaves,” according to a translation.

The Sharia clerics also outline specific rules regarding selling and freeing sex slaves. If a female slave becomes pregnant from her owner, she cannot be sold and will be given her freedom after his death. Additionally, should an owner choose to free a sex slave, he can no longer have sex with her. He also may not sell a female slave “to an individual whom he knows will treat her badly or do unto her what Allah has forbidden.” (RELATED: ISIS Is Selling Sex Slaves In Underground Turkish Black Market)

Though sex slave owners are permitted to rape their slaves, the fatwa does say owners “should show compassion toward [the slave], be kind to her, not humiliate her, and not assign her work she is unable to perform.”

The committee gives a brief historical summary from which it draws the fatwa, explaining “these rules have not been dealt with in ages.” The committee also explains the supposed religious backing for owning sex slaves, saying that one of the “graces which Allah has bestowed upon… the Caliphate is the conquest of large surface areas of the country and one of the inevitable consequences of the jihad… is that women and children of infidels will become captives of Muslims.” 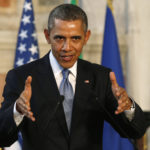 Don’t Buy the Hype, Obama Got Exactly What He Wanted in Paris Climate Deal 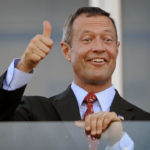 One Person Shows Up To O’Malley Rally, Remains Undecided