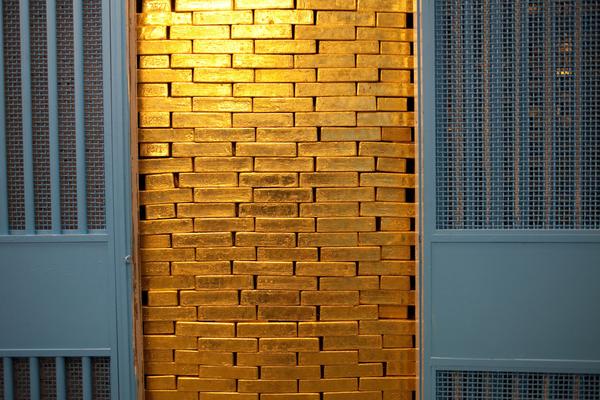 Liberalism is the buzzword of the 21st century’s western civilization. It is being thrown around left and right both in good and bad ways by the population and politicians alike. However, a lot of times we see misguided beliefs that certain parties are in support of this or that market policy. The world is not this straightforward though. Unfortunately, right now the United States political parties are full of politicians that do not identify with either of them. Some are even in it for themselves and do not care at all about following specific policy agendas that their parties should be in support of. Due to their statements, we get this massive confusion about what the Republican and Democratic parties are doing or in support of. This is why a lot of times we see shifting ideas so even if a party is in support of some political decision they will just automatically shift their stances just because the opposite one is in support of the same notion.

This is quite the same for Europe as well. It is very much apparent that words like liberal socialism and social democracy are being thrown around with not much merit. Some people identify their countries as one or the other while a lot of times the countries have as much of a mixed policy as it is humanly possible. On paper, the regulations always have one and the same goal though and it is to create a market that is fair towards everyone including companies themselves, and is the safety and security of the client-side assets are always protected. A good example of this is the foreign exchange market where there are a number of regulations for the brokers from the government financial regulators. It is quite well visible in this XM forex broker review here, that there are a number of regulations from different countries that are considered a haven of forex trading. For example, in Australia, the Australian Securities and Investment Commission (ASIC) has been working hard on developing licensing sets as well as regulations to keep the scamming companies at bay. They also offer to take legal action against the firm if the client-side argument holds up.

However, most of the time the differences are very much visible due to the financial situation of the general population. This is largely attributed to the geolocation of the country. Just political policies of specific ideologies do not make or break the success of a country as there are a number of factors affecting the development of a country. This can be something like social culture, working culture, education level, geolocation, neighboring countries, etc. The natural resources that are present within the borders also play a huge role in development whether it be communism or anarchism if someone wants to make money they have to have something of interest for somebody else. Singapore is a great example as it is not a democratic country to any extend. Their first prime minister served for almost 30 years but his reforms are regarded as a legacy that he left behind with the face of the city-state as it is now – an economic marvel such never seen before during human history. This does not mean that the same principles and decisions can be copied and pasted into another country’s policies. The same decisions most probably will not give the same results to the Republic of Georgia in the Caucasus. They may lead to much bigger problems overal like social unrest, corruption, etc.

However, let’s get down to the basics and try to understand what the liberal market actually is and what kind of monetary policy can or should the government have that is following these principles.

As we have already established an economic liberalism is a political and more importantly economic philosophy that strongly supports the market economy and private property in the means of production. Although sometimes economic liberals can be supportive of certain government regulations towards the market the main concept is still aimed towards as much freedom as possible as they believe that the market is going to regulate itself. So in short, the fewer regulations there are the better for the health of the market it becomes. This is where the dual-faced approach of politicians comes to shine. Although conservatives are usually for the government interfering in lots of different aspects of the society in the US, President Donald Trump’s administration has been following the idea of free-market much better than the democratic liberal politicians would. One of his main campaign promises was to remove two regulations for every new regulation that would be enacted.

It goes without saying that regulation is necessary due to a number of factors. However, what matters is who is doing the regulating. In general population, there is a huge misconception that only the government has the power to regulate basically anything. However, the reality states that having forced laws to keep goods and services in check with the bureaucratic army from the government is not the best one to do this job. A good example of this is a taxi service. In a lot of cities, this business sector is regulated by Public Service Commissions (PSCs). Instead of providing a fair market for all of the companies, these government organizations have imposed such regulations that basically restrict newer companies from popping up. Uber is a one of the most popular cab services in the US, but its operations are basically impossible in some of the cities. This is due to their regulations that protect existing companies from competition. The issue has gone to the extent that Uber is literally banned from operating in the region or the process is so complicated that the company just does not want to bother at all.

On the other hand, we have regulations imposed by the market itself. Uber has its own rules that regulate the standards for the cars that are operating in the ride-hailing business. These rules are stuff like condition and the type of the car, the insurance coverage, drivers’ background as well as legal records, and most importantly the minimum amount of customer rating that every driver has to have to continue operating in the field.

In conclusion, it is quite possible to provide good regulations from the market. These are much healthier than the government-imposed forced regulations that sometimes even aid the on-going corruption in the countries. Once market starts regulating itself it becomes that much more efficient. The competition itself always gives birth to the “arms race” to provide better and better service which gives the customer the lowest prices, the best conditions, and overall better feel from the private sector. It is an easy logic to follow. Companies are oriented on profit and the latter is heavily dependent on the quality of service that the company provides because if they fall short on this aspect that would mean that the competitor is going to become more popular and move into the market where previously other companies was dominating.

The Incredible Benefits of LED Strip Lights for Your Home