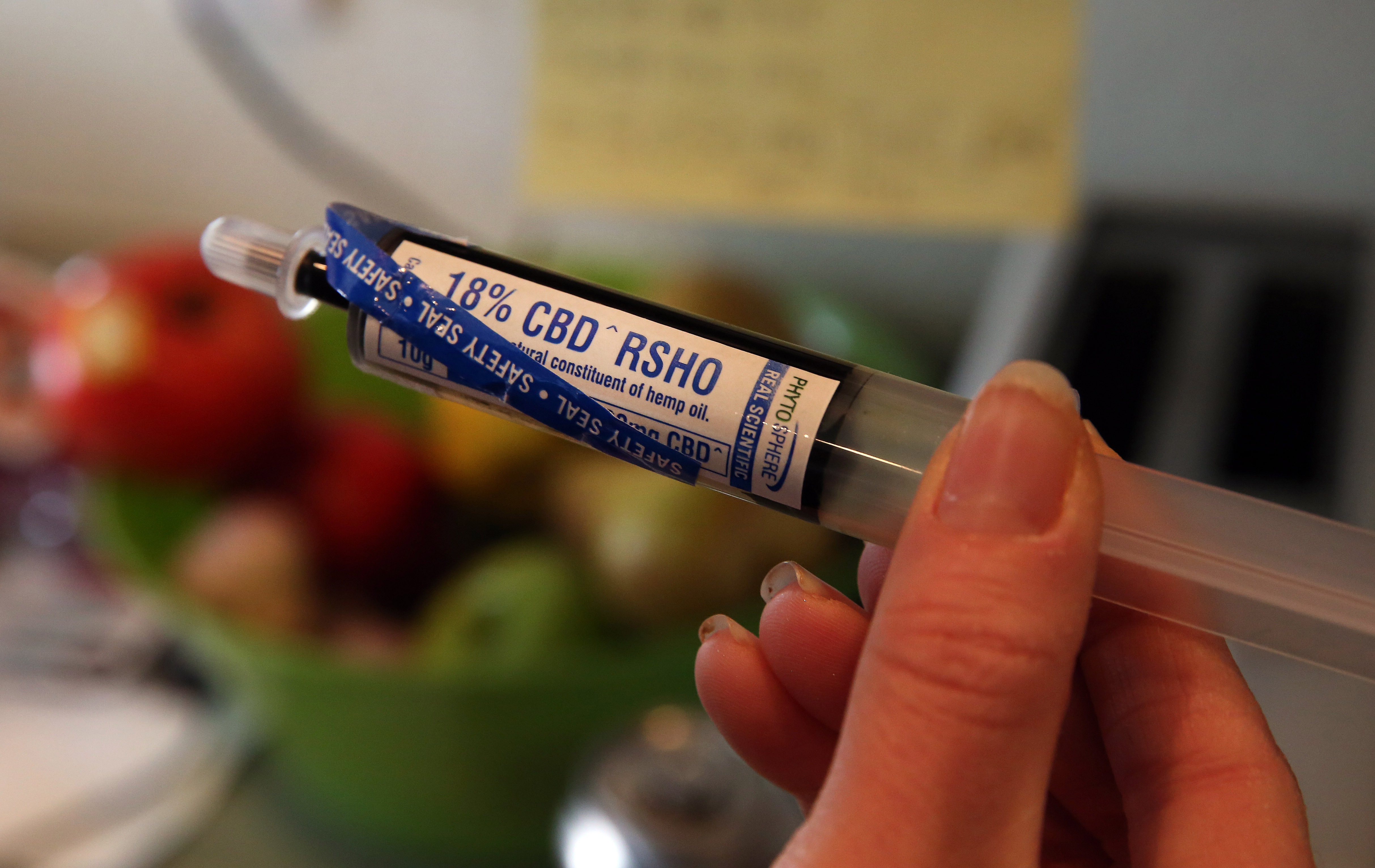 Cannabidiol (CBD) is a type of cannabinoid, a chemical found naturally in cannabis plants.

Unlike Tetrahydrocannabinol (THC), CBD doesn’t cause any feeling of intoxication or the “high” you may associate with cannabis. It is the non-intoxicating marijuana extract which holds potential to treat a host of medical problems.

Everything from epileptic seizures to anxiety to inflammation to sleeplessness, CBD is known to help with. Cannabidiol is extracted from the flowers and buds of marijuana or hemp plants. We don’t know much about interaction of CBD with our human body. Nevertheless we do know some basics such as:

What CBD actually works for?

CBD has some special qualities that can make it an important part of any recreational experience if you buy it from high quality cbd vendor.

All the cannabinoids unique to the plant genus cannabis interact with our bodies through a network of neurons called the Endocannabinoid system. This system runs deep and touches all of the major systems of the body.

And that’s why CBD can do so many things for us, from altering and regulating moods to stimulating appetite and reducing pain. Cannabinoids has no toxicity; it doesn’t make you intoxicated- it is highly reactive with the endocannabinoid system. It deals majorly with Neuropathic pain and Nociceptive pain.

CBD is psychoactive but non-euphoric and has anti-inflammatory and antioxidant properties. It has been shown to reduce pain and inflammation without the effects of THC (tetrahydrocannabinol).

Some researchers think that CBD interacts with a core component of the ECS — endocannabinoid receptors in your brain and immune system.  Their response creates pain relieving effects that help with pain management. This means CBD oil and other products may benefit people with chronic pain.

One 2018 review assessed how well CBD works to relieve chronic pain. The review looked at studies conducted between 1975 and March 2018. These studies examined various types of pain, including:

Based on these studies, researchers concluded that CBD was effective in overall pain management and didn’t cause negative side effects.

Prescription and illegal opioids are commonly abused because they are so addictive. Opioids are drugs formulated to replicate the pain-reducing properties of opium. They include both legal painkillers like morphine, oxycodone, or hydrocodone prescribed by doctors for acute or chronic pain, as well as illegal drugs like heroin or illicit made fentanyl.

People who become dependent on opioids may experience withdrawal symptoms if they stop taking pills. Dependence is often coupled with tolerance, meaning that opioid users need to take increasingly larger doses of medication for the same effect.

According to Prof. Akhtar and other researchers at university, cannabis could be the key to treat chronic pain instead of opioids.

Cannabis use has now become normalized and even legal in some places, including Canada.

Cannabis are non-addictive drugs whereas the downside of opioids is the risk of addiction.

CBD can help treat pain due to various ailments:

CBD oil benefits for arthritis sufferers is its positive effect on pain, and research confirms it.

A study published in the journal Pain in December 2017 analysed whether CBD could prevent osteoarthritis pain and joint neuropathy. Based on their findings, researchers affirmed that it did both because CBD decreased joint inflammation and served as a protectant to the nerves.

The first controlled trial to evaluate the use of cannabis-based medicine to treat RA happened in 2006 Trusted Source. Researchers concluded that, after five weeks of use, a cannabis-based medication called Sativex reduced inflammation and significantly improved pain. Participants also reported improved sleep, and most of the side effects were mild.

RA involves your immune system attacking the tissue in your joints. So, this relationship to the immune system could explain why CBD oil seems to work well for RA symptoms.

Migraine attacks go beyond the typical stress- or allergy-related headache. Migraine attacks last anywhere from 4 to 72 hours. Even the most mundane activities, such as moving or being around noise and light, can amplify your migraine symptoms.

Pain killers can help temporarily alleviate symptoms of migraine attacks, you may be concerned about their side effects, but CBD is one of the many active compounds found in the cannabis plant. Its grown in popularity as a way to naturally treat certain medical conditions.

Whereas there is a lack of scientific evidence about its safety and effectiveness for this purpose, but researchers have suggested that one or more substances present in cannabis may have therapeutic benefit for headaches, including migraines.

As the studies come in examining the effectiveness and side effects of CBD oil, there will be further changes in laws and recommendations.

Many people who are going through cancer treatment experience nausea and loss of appetite.

These symptoms can make it difficult for them to maintain a healthy weight.

Ingested cannabis that delivers THC and other cannabinoids to the bloodstream may help stimulate the appetite, but there is no evidence that CBD alone can have this effect.

CBD has been shown to be effective in reducing distressing effects such as chemotherapy-induced neuropathic pain and inflammation while also potentiating chemotherapy agents.

CBD can safely be used alone or in concert with other pain relievers, patients may achieve more complete pain relief, decrease dosage and/or frequency of other analgesics, or eliminate the use of other analgesics altogether. Additionally, research suggests that CBD may work synergistically with chemotherapy drugs themselves.

Fibromyalgia is a chronic pain disorder that causes musculoskeletal pain in addition to:

It mostly affects women, and currently there’s no known cure for the condition. However, treatment options are available that focus on pain management.

CBD has been used to ease chronic pain symptoms and reduce inflammation. It’s presented as an alternative to taking opioid prescriptions which can be addictive.

The results have been mixed. More human studies are needed.

The pain-relieving effects of CBD may be explained by the ways that this substance affects the brain. It may interrupt the nerve pathways that send signals of pain between the brain and the body.

The disease is most commonly characterized by issues with mobility, ranging anywhere from numbness in one or more limbs, to paralysis. It is found that Cannabidiol for MS patients can improve mobility in them.

Before, it was theorized that medicinal CBD could also be of benefit to MS patients. Drugs such as Sativex, a cannabis oil consisting mainly of CBD and Δ9-tetrahydrocannabinol (THC), can now be prescribed to MS patients living in countries and states with medicinal cannabis programs who feel that their symptoms are not being relieved by traditional pharmaceuticals.

Irritable bowel syndrome is a common chronic condition that causes mild to extremely severe distress in the gastrointestinal system. It has a tendency to affect the small and large intestines in particular. The primary symptoms that are associated with irritable bowel syndrome include gas, nausea, bloating, pain in the stomach and abdomen, weight loss, cramping, rectal bleeding,

While there are many medications and therapies available that have varying results in fighting against the symptoms of IBS, none have shown to be very effective in the long-term.

However, with the recent emergence and widespread acceptance of medical marijuana on the national scene, a new and highly effective form of therapy against irritable bowel syndrome was found: CBD oil.

It is a fact that female pelvic organs have a high density of cannabinoid receptors (Brent’s, 2016). Current knowledge of the endocannabinoid system doesn’t explain the reason for this high number of receptors in the gynaecological urinary tract, but often this system is used to maintain a homeostatic balance in the body.

The increased public awareness surrounding the use of cannabis for women’s health and the promising research discussed throughout this article put Columbia Care at the forefront of this movement with the debut of their pharmaceutical quality vaginal suppositories.

Cannabis could fulfil this unmet need. Columbia Care has developed proprietary, pharmaceutical-quality medical cannabis vaginal suppositories in line with their goal not only to create products that can help women suffering from these disorders but to educate the community about how cannabis can help women in a wide range of health and wellness indications.

While there are further research studies being done on the safe and useful effects of CBD oil and its uses it is clear that it has a future in medical of curing pains and might create history in the treatment of various incurable disorders.

CBD oil is especially promising due to its lack of intoxicating effects and a possible lower potential for side effects than many other pain medications.

Britain Goes To The Polls – What Does It Mean For The USA?