Democratic presidential hopeful Sen. Bernie Sanders may be obstructing oversight, accountability and management of the Postal Service for what appears to be old-fashioned pork barrel politics.

The Democratic socialist from Vermont has blocked five appointments to the board that will select the Postal Service’s new watchdog, according to the sole remaining presidentially-selected member. Some say this is because Sanders is trying to prevent the closing of a large postal facility in Vermont.

“One of the senators has a hold on the nomination,” Postal Service Board of Governors Chairman James Bilbray told Nevada Public Radio KNPR. “It’s Sen. Sanders.”

This has left only Bilbray as a governor, forcing Postmaster General Megan Brennan and her deputy, Ronald Stroman, to be given temporary status as board members – both of whom were initially appointed by the governors.

“Independence is extremely important to ensure the position is a watchdog, rather than a lap dog,” watchdog Project On Government Oversight General Counsel Scott Amey told The Daily Caller News Foundation.

“I’m not confident that the Post Office Board of Governors, which has three members, including the Postmaster General and the Deputy Postmaster, is in the best position to choose the person who will audit and investigate the agency,” Amey said.

“The possibility of internal agency influence is too high, especially when top agency officials handpick the guard dog,” he continued. “POGO has recommended that the Post Office IG should be converted into a presidentially-appointed position.”

Taxpayers for Commonsense Senior Policy Analyst Josh Sewell agreed, saying “the more individuals you have involved in the process of selecting an inspector general, the less likely you are to have bias towards one particular issue.”

The Board of Governors – which are “comparable to a board of directors of a private corporation,” according to its website – typically has nine presidentially-appointed members, and only five can be from the same party. The governors select the postmaster general and the deputy postmaster general, who also join the board, but only have partial powers.

“Due to the inaction of Congress, you basically have a governing board that’s withered away to nothing, now,” Sewell told TheDCNF.

Meanwhile, critics argue the Postal Service is in devastating shape. Some critics claim the agency annually loses $15 billion, though supporters argue that it ended 2015 with $6.6 billion in its reserves, according to Williams’ recent testimony before the Senate Committee on Homeland Security and Governmental Affairs.

Nonetheless, Bilbray, a former Republican congressman from Nevada, said that five nominees have been blocked by Sanders for political reasons.

“He doesn’t like one of the five,” Bilbray told KPNR. That nominee, Jim Miller, was previously interested in privatizing the Postal Service – a stance Sanders disagrees with.

Instead, Sanders has offered other major reforms, including turning post offices into banks.

The Board of Governors is considering closing at least one of the two mail processing centers in Vermont – a method used to cut Postal Service costs, Bilbray noted.

The former Nevada congressman claimed Sanders said he would release the hold on nominees if Miller was dropped from the nominations and if the board stopped closing processing centers.

Regardless, having the small board pick a new IG is better than having no IG, according to Citizens Against Government Waste spokeswoman Leslie Paige.

“It would be nice if they had a full board of governors,” she told TheDCNF. “You don’t want to leave the Postal Service without some kind of watchdog. There’s just too much to do over there.”

The Postal Service is unafraid the small board will hamper the board’s influence to select a new IG.

“We don’t think the fact that there is only one Governor will create any accountability or oversight issues since the Office of the Inspector General is an independent law enforcement and oversight agency for the Postal Service,” Postal Service spokesman David Partenheimer told TheDCNF.

“By law the Inspector General shall be appointed without regard to political affiliation, and solely on the basis of integrity and demonstrated ability … We will be consulting with the Council of the Inspectors General on Integrity and Efficiency to obtain a list of candidates that the Council deems to be qualified,” he said.

Additionally, Paige said Williams’ was too soft on the Postal Service, noting that his office’s work focused too much on marketing practices instead of analyzing issues like structural reform.

“We hope, whoever they choose, they work more on waste, fraud and abuse,” she said. “They need to refocus on the realistic bottomline associated with their fiscal crisis.”

But no matter how aggressive the new watchdog is, it is questioned whether the board can actually manage all of its duties – whether that’s analyzing IG reports or making managerial decisions – with its limited size.

“There is no way Jim Bilbray, the sole remaining governor, can possibly do all the work himself,” the R Street Institute reported.

“You want numerous individuals with diverse experience,” Sewell told TheDCNF. He also noted the “legitimacy” of the board’s decisions is questionable with such few members, especially since it had to enact emergency rules since it doesn’t have enough governors to hold a quorum.

The Postal Service, however, is confident in the miniaturized board’s ability to govern the agency.

“We are confident in our ability to operate the Postal Service through the Temporary Emergency Committee, and to fulfill our obligations to provide exceptional service and excellent value to our customers, the American people and the businesses of the nation,” Partenheimer said.

Still, he noted, “A full board made up of well-qualified governors with diverse perspectives is best suited to ensure the interests of the American public are represented in accordance with the policies set forth by Congress in the postal statute.”

“In the meantime, we strongly urge the Senate to confirm the five nominees who have been approved by the Senate Homeland Security and Governmental Affairs Committee,” Partenheimer continued.

Meanwhile, things could get even worse next year when Bilbray’s term expires.

“If I’m off, then we have a crisis, and it’s a really serious crisis,” he said, though Bilbray is optimistic Postal Service reforms will pass, which will correct the issue before he leaves. 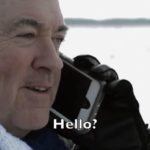 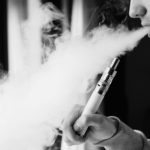