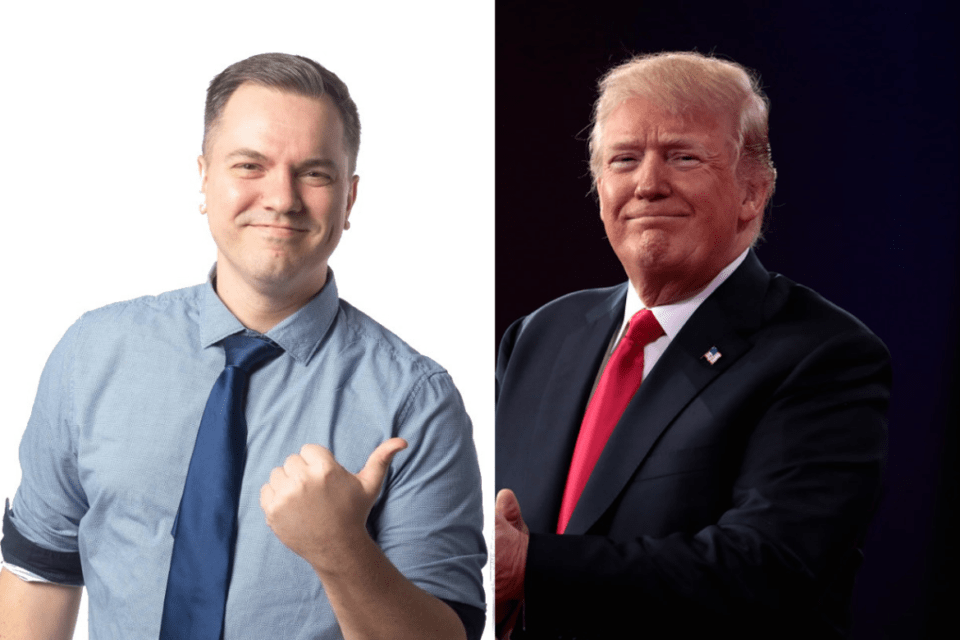 Former 2016 Libertarian Presidential candidate and current KWOS Morning Show host Austin Petersen may be voting for Donald Trump for President of the United States in 2020.

Austin told his Twitter followers on Saturday via a Twitter Livestream that he is considering voting to re-elect President Trump in November.

Am I voting for Donald Trump? https://t.co/zznDPEZmki

“Some people were confused they thought because I introduced Jo Jorgensen at a rally a couple of weeks ago that I had rejoined the Libertarian Party or that perhaps I was absolutely going to vote for Jo Jorgensen, right? But I have been keeping an open mind; I haven’t decided exactly who I am going to vote for, because there’s always a chance for an Aleppo moment. I want to reserve the right to change my mind this year up until the minute I get to the ballot box for the presidential spot”, Petersen said.

Petersen had kind things to say about Jo Jorgensen, calling her the best candidate who ran for the LP nomination besides Rep. Justin Amash. However, Petersen criticized LP party-line thinking, telling his Twitter followers not to have the same mentality toward LP political candidates as voters for the two major political parties. “You don’t want to become guilty of the same thing the big parties are doing. You don’t want to become guilty of saying your vote is captured, because the politician never has any incentive to do what you want”, Petersen said.

Austin also spoke on what he believed are Libertarian policy goals that President Trump has accomplished, such as criminal justice reform, pulling out of the Paris Climate Accord and the World Health Organization.

Petersen went on to say that he felt Trump was the only thing standing between the American people and Antifa and BLM rioters.

The radio host stated the strongest argument he was presented in favor of voting to re-elect President Trump was that he didn’t use the Coronavirus pandemic as an excuse to grow government power, although he criticized the president for forcing Chevy to make masks and ventilators. “When we are against Socialism, we are against mother-f’ing socialism,” Petersen said.

Petersen ended the Livestream by saying he still didn’t know who he was voting for, but he was considering voting to re-elect President Trump after Sen Rand Paul (R-KY) was attacked by rioters Thursday night.

“Probably the best way to send a message is probably to vote for Donald Trump. Now, a lot of people are going to be really angry when they hear me say that, and they are going to misconstrue my words, but I think the best way to send a message to them and to the lying media is a vote for Donald Trump. Maybe I am wrong, maybe I’ll regret it, but I’m thinking that’s probably the right way to go. We cannot allow this continuation of violence, and once it gets to the point that you’re not allowed to defend yourself on your own private property, all bets are off”, Petersen said.

Will Austin go gold or join the Trump Train? Only time will tell.

How to change your iOS GPS location?