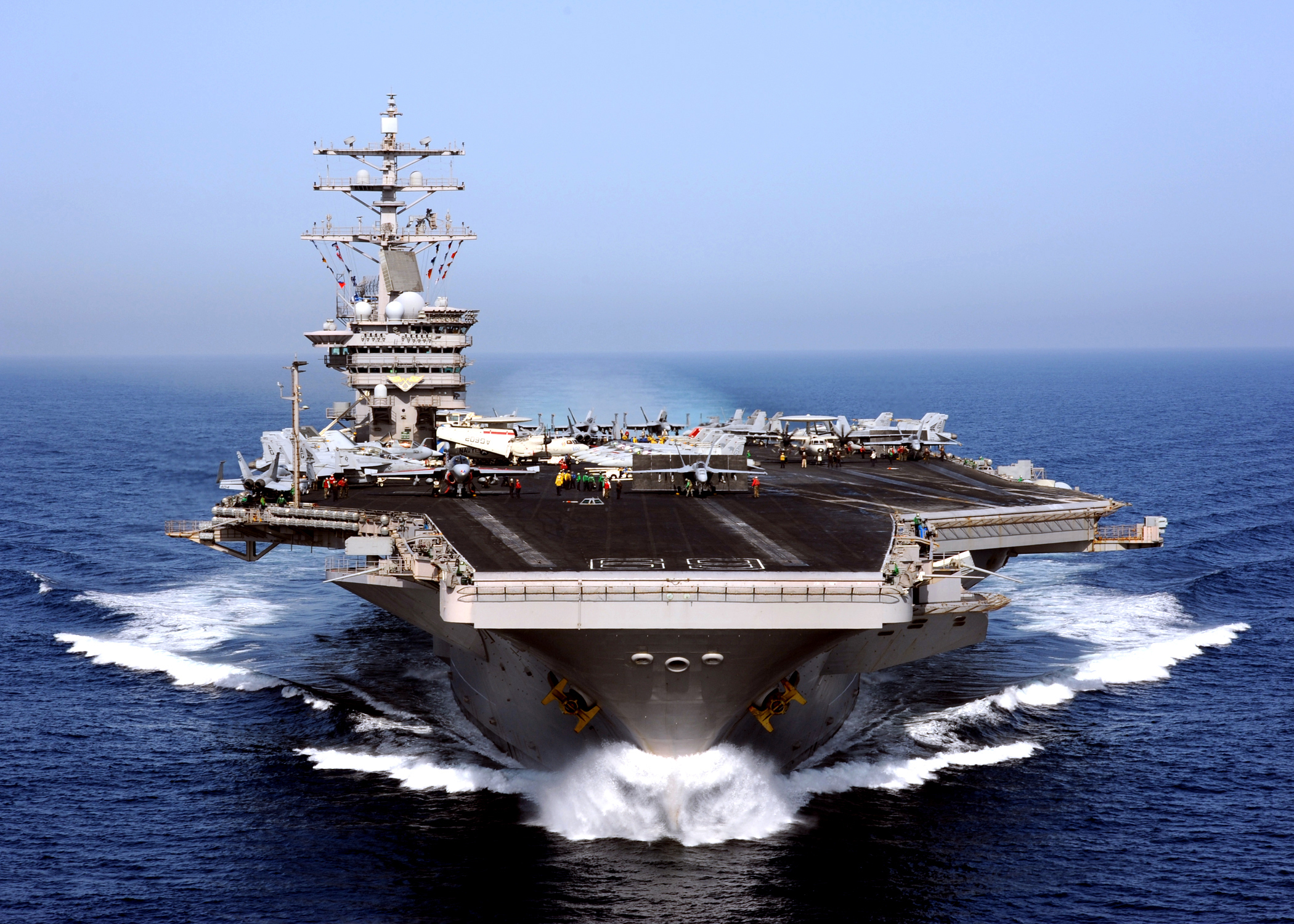 An Iranian rocket was fired within 1,500 yards of an American aircraft carrier last week, U.S. defense officials confirmed Tuesday. The stunt is the latest sign of tough relations between the U.S. and the Islamic regime in Iran.

The USS Harry S. Truman is currently stationed in the Persian Gulf, where it is supporting the American effort against Islamic State.

Last week, while passing through the Strait of Hormuz, which connects the Gulf with the Arabian Sea, the ship encountered a naval contingent of Iran’s Revolutionary Guard. The Guard abruptly announced it was conducting a live-fire exercise and that other ships should remain clear. Then after a very short delay, the ships fired several unguided rockets. One of the rockets passed within 1,500 yards of the Truman.

While that’s still nearly a mile off, and it was in no danger of hitting the Truman (let alone sinking it), that’s still far closer than is normal, and the effort was almost certainly meant to send a message. (RELATED: US Taxpayers To Pay Iran’s Compensation For Hostage Crisis Victims)

Ironically, the stunt occurred even though the Truman is currently furthering Iran’s own goals by combating ISIS, which Iran opposes just as much as the U.S.

Because the Strait of Hormuz is such a strategically important choke point (about a fifth of the world’s oil moves through it) and because passage requires coming within a few miles of Iran, the region has frequently been the site of military incidents between the U.S. and Iran.

In 1988, the U.S. Navy easily sank several Iranian ships in retaliation after the USS Samuel B. Roberts struck an Iranian mine. A few months later, the USS Vincennes accidentally shot down an Iranian passenger jet, killing 290. More recently, in 2008, U.S. and Iranian forces had a standoff in the strait, with several Iranian speedboats menacing American ships, nearly provoking a violent response.

The Best of the Worst From MSNBC in 2015

Don’t Buy the Hype, Obama Got Exactly What He Wanted in Paris Climate Deal