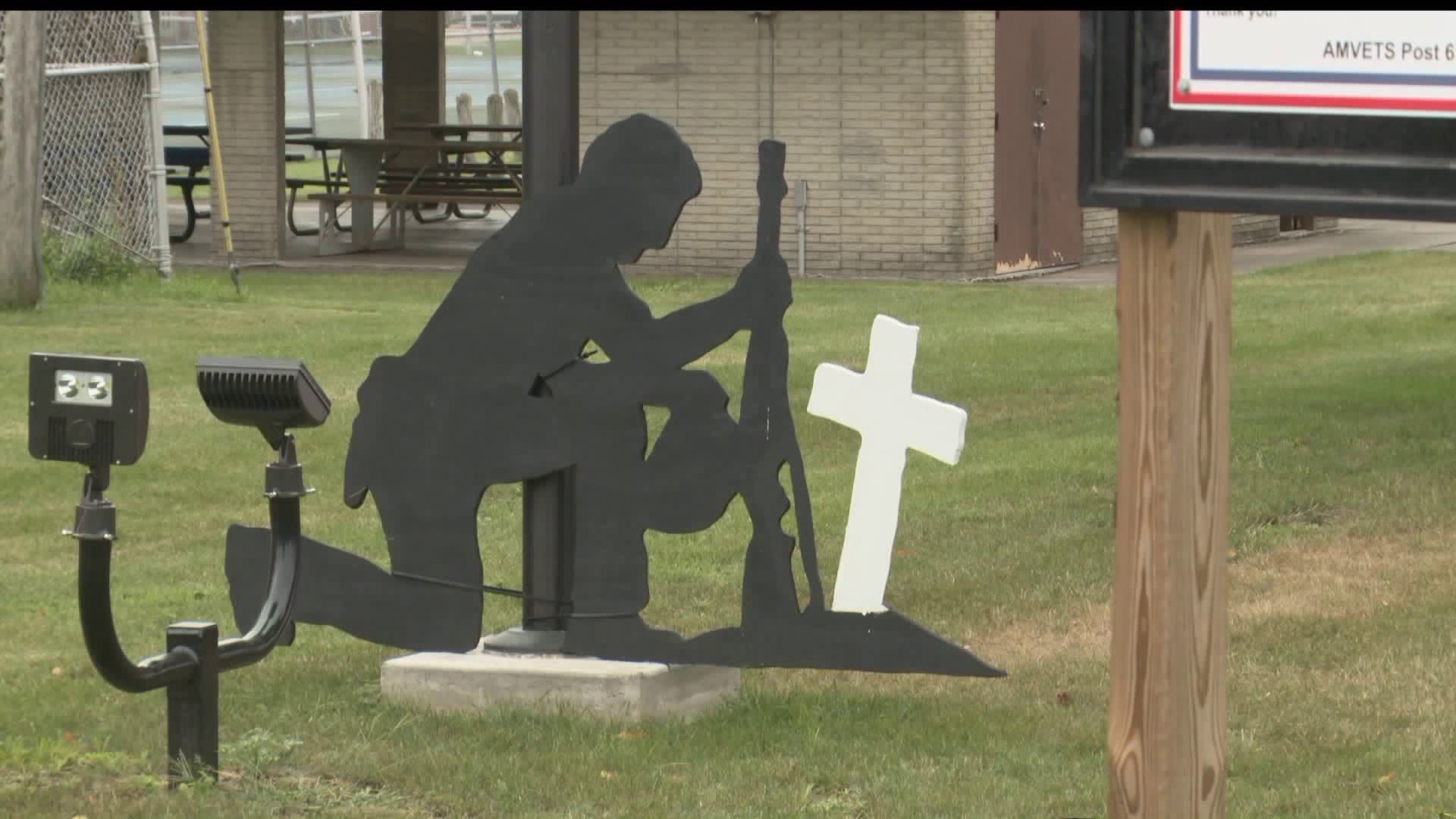 The city council in Knoxville, Iowa, will be full of new members in January after a dispute over a veteran’s memorial bearing a cross led voters to boot out the incumbents.

It all started when Americans United for Separation of Church and State demanded that the city council take down a veteran’s monument in Young’s Park within the city.  The monument featured a soldier bowing before a white cross, but the Americans United found this an offensive violation of the Establishment Clause of the First Amendment and threatened to sue.

The council voted to remove the memorial Nov. 2. Voters poured in the very next day to vote them out Nov. 3 in regular elections.

The city said it did not place the monument but that an unknown person put it there. But they never bothered to move it because, as the town’s mayor Brian Hatch told WHOTV, “The city did not go take it down because at the point we didn’t feel like it had any more significance than as a monument to honor the veterans.”

The monument became a point of contention in the town, with many conservatives resenting the demands from the anti-religion group. Seeking to defend the monument, they warned their council that if they voted to remove it, they’d pay the price.

But some members on the five-person council feared not removing the monument would open them up to a lawsuit that could cost millions of dollars. The monument vote was held Nov. 2, with city council elections to be held the very next day.

The council voted 3-2 to take down the memorial. One of the council members who opposed the memorial did not seek reelection. The other two were voted out of office.

“I hope it brings some closure to it,” Mayor Brian Hatch told The Des Moines Register speaking about the Nov. 2 council vote. “I hope we can kind of achieve the best of both worlds. We avoid a costly lawsuit and at the same time we still have the silhouette memorial up honoring the veterans, right across the road hopefully, on private property.”

Americans United pointed to a similar instance in North Carolina in January. Americans United reached a settlement with King’s City council, which agreed to take down the monument and have the city’s insurer pay half a million dollars to Americans United for legal fees.

That payout was surely in the minds of the council as they made their decision.

Now, the Knoxville monument will be moved to private property and replaced by a different veteran memorial, one that is sure to be free of any religious connection.