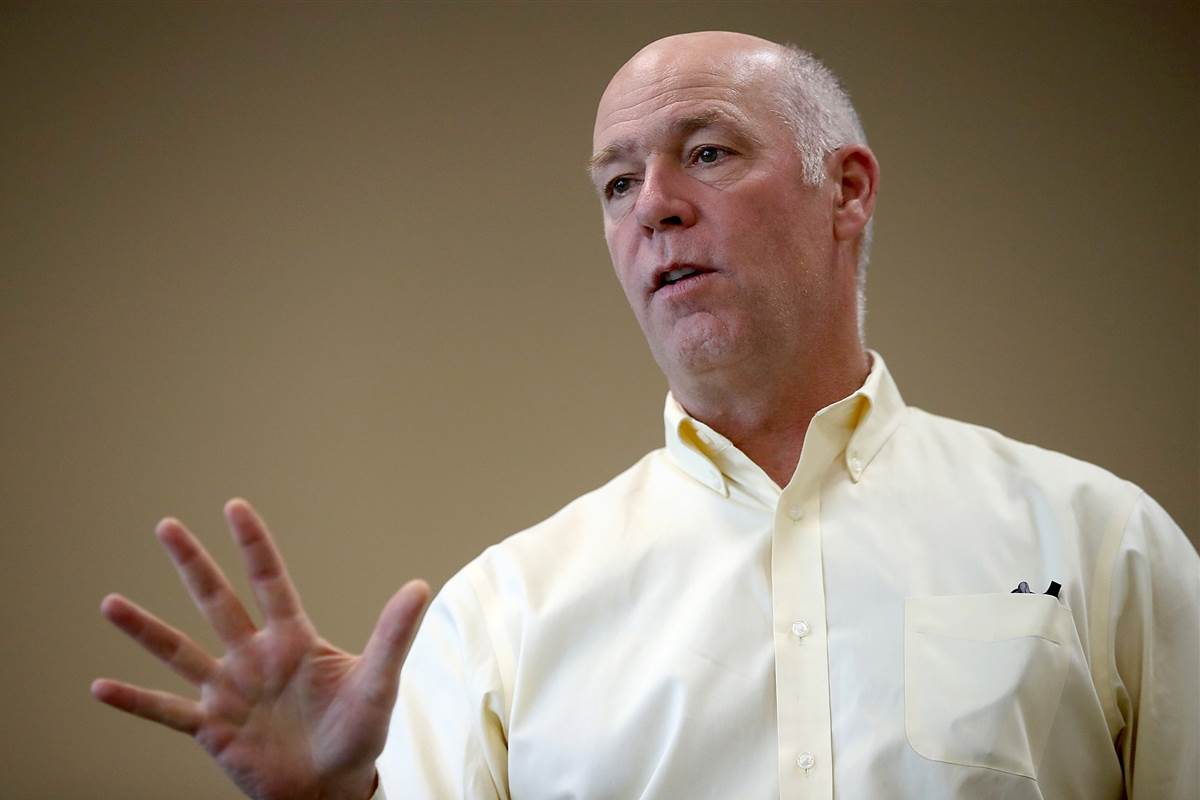 Greg Gianforte just body slammed me and broke my glasses

The altercation between the reporter and Gianforte comes on the eve a special election to replace Secretary Ryan Zinke, who left Montana’s sole House seat vacant when he was tapped by President Donald Trump to lead the Department of the Interior.

Jacobs asked Gianforte about the Congressional Budget Office’s score of the House’s recently passed American Health Care Act, according to an audio recording of the altercation posted by The Guardian.

Gianforte said he would answer that question later, but Jacobs pushed and said there would be no time later. Gianforte then “grabbed Jacobs by the neck with both hands and slammed him into the ground behind him,” according to Fox News reporter Alicia Acuna, who was also in the room.

“Gianforte then began punching the man, as he moved on top the reporter and began yelling,” Acuna said.

“I’m sick and tired of you guys, the last time you came in here you did the same thing,” Gianforte said during the altercation. “Get the hell out of here! You with The Guardian?” Gianforte said.

Gianforte repeated that Jacobs should “Get the hell out of here.”

“You just body slammed me and broke my glasses,” Jacobs said.

“To be clear, at no point did any of us who witnessed this assault see Jacobs show any form of physical aggression toward Gianforte, who left the area after giving statements to local sheriff’s deputies,” Acuna said.

The Gianforte campaign defended the GOP candidate in a statement, and said that Jacobs had grabbed Gianforte’s wrist, and “aggressively shoved a recorder in Greg’s face.”

“Jacobs was asked to leave,” the campaign said. “After asking Jacobs to lower the recorder, Jacobs declined. Greg then attempted to grab the phone that was pushed in his face. Jacobs grabbed Greg’s wrist, and spun away from Greg, pushing them both to the ground.”

BuzzFeed reporter and former Daily Caller Hill correspondent Alexis Levinson said she heard the altercation through a doorway. Jacobs walked into the room to interview Gianforte, then “All of a sudden I heard a giant crash and saw Ben’s feet fly in the air as he hit the floor,” Levinson said in a tweet.

The Gallatin County Sheriff’s Department is investigating the confrontation.